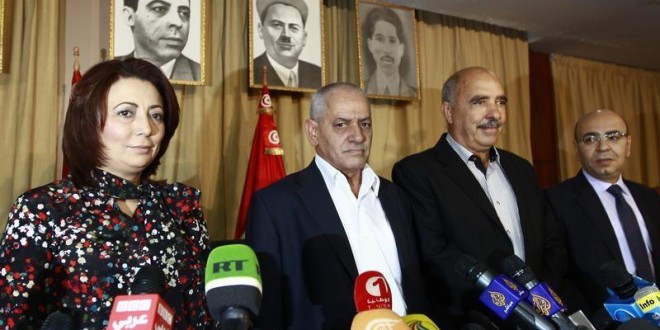 There was a time Tunisia looked set to follow the path of many of the popular uprisings during the Arab Spring – first hope, then a decent into bloodshed and chaos.

What helped save Tunisia’s prospects was an extraordinary coming together of civil society groups that guided a national dialogue and charted a path to peace and reconciliation.

Today, the Tunisia Quartet was awarded the Nobel Peace Prize, a fitting acknowledgement of the pivotal role the group played in channeling the country’s revolutionary fervor toward a rights-respecting society, but also as much-needed message of hope in a region wracked by violence.

The Quartet, formed in the summer of 2013 and composed of four civil society groups – the General Union of Tunisian Workers; the Tunisian League of Human Rights; the Bar Association; and the Tunisian Confederation of Industry, Trade and Handicrafts – engineered what is called “The National Dialogue.” That process allowed the country’s fiercely adversarial political parties to come together around the negotiating table and to forge a new democratic process. The groups came together amid an alarming political crisis, marked by political assassinations and turmoil. At that moment, the country that gave birth to the “Arab Spring” was itself on the brink of civil war.

But the Quartet, and the political parties that participated in the process, chose the path of dialogue and peaceful resolution of conflicts instead of violence. Over the course of several months and tireless efforts, they held rounds of talks that later enabled the adoption of a new rights-respecting constitution, including most of the internationally recognized human rights standards, the formation of a new caretaker government, and later parliamentary and presidential elections.

The message of hope and rights at the heart of this well-deserved Nobel Prize goes beyond Tunisia. It shows that dialogue is a viable and possible alternative to the trail of bloodshed that has engulfed the region. It will also help bolster the role of civil society in the Tunisian democratic process as it moves forward.

Many challenges still lie ahead for Tunisia, which faces growing security and economic problems. For now, the Nobel Prize reignites hope in the message of freedom and dignity at the heart of the Arab uprisings, which Tunisia set into motion. But it should not overshadow the underlying problems of a country that has not yet completed the reform of its security forces and justice system, and where the counterterrorism policy is often accompanied by rights violations. Tunisian “vibrant civil society with demands for respect for basic human rights,” as in the words of the Nobel Prize Committee, should be further reinforced in order to achieve these promises.