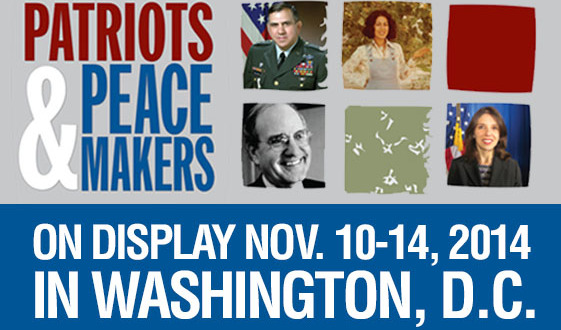 Arab American patriots will be honored on Veteran’s day at an original exhibition presented by the Arab American National Musuem (AANM) at the Rotunda of the Russell Senate Office Building at Capitol Hill, Washington. The exhibition, titled “Patriots and Peacemakers”, is open from November 10th to the 14th, and is open to all; admission is free.

The interactive, multimedia presentation tells the true stories of self-sacrifice and heroism which affirm the crucial role Arab Americans have played in the country’s development. The exhibition highlights the efforts of 170 people from 39 states in specific areas of service – the diplomatic corps, the Peace Corps and the US Armed Forces.

According to Devon Akmon, director of the AANM, “Arab Americans have been an integral part of the United States of America since its inception, contributing to our society in myriad ways, including public service, with dignity, loyalty and sacrifice”.

“Right now, there is so much damaging misinformation being spread about Arab Americans, especially when world events cause some people to paint with far too broad a brush. To present accurate and timely information about Arab Americans in our nation’s capital, directly to our country’s leaders, represents an historic moment for the Museum and the national Arab American community”, he added.