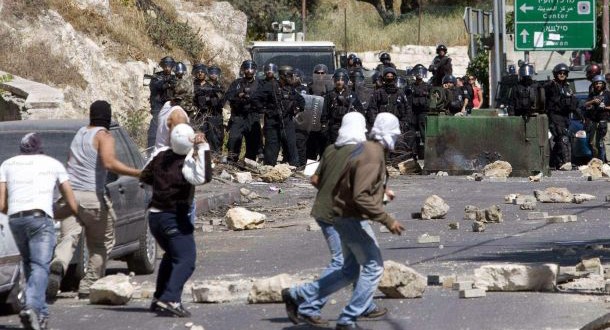 Nabil al-Arabi , chief of Arab League condemned the Israeli “racist and aggressive” practices towards the Palestinians and urged the international community and  United Nations and to intervene.

He said “The international community and the United Nations must take up their responsibilities in countering the aggressive and racist Israeli practices towards the Palestinian people,”.

He added “The continuing escalation of attacks on the Palestinian people by the Israeli occupation authorities and settlers threaten to exacerbate the situation in the entire region as the international community remains silent to these crimes.”

Al-Arabi statement came after the clashes between Palestinian stone throwers and Israeli security forces in the occupied West Bank and east Jerusalem  which trigger fears of a broader uprising, and a  third intifada.

Last week, at least seven Palestinians and four Israelis have been killed. According to The Red Crescent  , 86 Palestinians have been wounded by live fire and 344 by rubber bullets in the clashes started  2nd  of October .