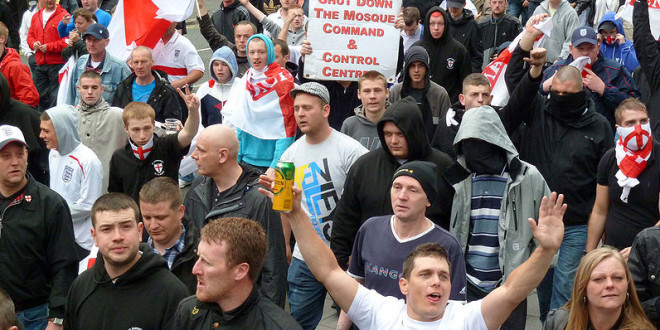 War Begets War: It’s Not about Islam; It Never Was

It is still not about Islam, even if the media and militants attacking western targets say so. Actually, it never was. But it was important for many to conflate politics with religion; partly because it is convenient and self-validating.

First, let’s be clear on some points. Islam has set in motion a system to abolish slavery over 1,200 years before the slave trade reached its peak in the western world.

Freeing the slaves, who were owned by pagan Arab tribes, was a recurring theme in the Koran, always linked to the most basic signs of piety and virtue:

“The charities are to go to the poor, and the needy, and those who work to collect them, and those whose hearts have been united, and to free the slaves, and those in debt, and in the cause of God, and the traveler. A duty from God, and God is Knowledgeable, Wise.” [Al-Koran. 9:60]

It is unfortunate that such reminders would have to be regularly restated, thanks to constant anti-Islam propaganda in many western countries. The outlandish and often barbaric behavior of the so-called Islamic State (IS) has given greater impetus to existing prejudices and propaganda.

Second, gender equality in Islam has been enshrined in the language of the Koran and the legacy of the Prophet Mohammed.

Still, this is not about Islam. This is about why Islam is the subject of this discussion in the first place, when we should be addressing the real roots of violence.

Is it not possible that Muslims are angered by something much more subtle and profound than Charlie Hebdo’s tasteless art?

When Islam was introduced to Arabia many centuries ago, it was, and in fact remains, a revolutionary religion. It was and remains radical, certainly the kind of radicalism that, if viewed objectively, would be considered a real challenge to classism in society, to inequality in all of its forms, and more importantly, to capitalism and its embedded insatiability, greed and callousness.

To avoid a rational discussion about real issues, many make non-issues the crux of the debate. So Islam is discussed alongside IS, Nigerian tribal and sectarian conflicts, Palestinian resistance to Israeli occupation, immigration issues in Europe and much more.

While much violence happens across the world in the name of Christianity, Judaism, even Buddhism in Burma and Sri Lanka, rarely do entire collectives get stigmatized by the media. Yet, all Muslims are held directly or otherwise accountable by many, even if a criminal who happened to be a Muslim went out on a violent rampage. Yes, he may still be designated as a “lone wolf”, but one can be almost certain that Muslims and Islam somehow become relevant to the media debate afterwards.

In their desperate attempt to fend off accusations, many Muslims, often led by credible intellectuals and journalists have, for nearly two decades staged a counter effort to distance Islam from violence and to fight the persisting stereotype. With time, these efforts culminated into a constant stream of collective apologies on behalf of Islam.

When a Muslim in Brazil or Libya reacts to a hostage crisis in Sydney, Australia, condemning violence on behalf of Islam, and frantically attempting to defend Islam and disown militancy, and so on, the question is, why? Why does the media make Muslims feel accountable for anything carried out in the name of Islam, even by some deranged person? Why are members of other religions not held to the same standards? Why aren’t Swedish Christians asked to explain and apologize for the behavior of Uganda’s Lord’s Resistance Army, or Argentinean Jews to explain the daily, systematic violence and terror carried out by Jewish extremists in Jerusalem and the West Bank?

Since Francis Fukuyama declared the “End of History” in 1992 – reveling that free markets and “liberal democracies” will reign supreme forever – followed by Samuel Huntington’s supposed contrasting, but still equally conceited, view of the “Clash of Civilizations and the need to “remake the world order”, a whole new intellectual industry has embroiled many in Washington, London and elsewhere. Once the Cold War had triumphantly ended with an inflated sense of political validation, the Middle East became the new playground for ideas about dominion and military hardware.

Since then, it has been an all-out war, either instigated by or involving various western powers. It was a protracted, multi-dimensional war: a destructive war on the ground, an economic war (blockades on the one hand and globalization and free market exploitation on the other), cultural invasion (that made westernisation of society equivalent to modernity); topped with a massive propaganda war targeting the Middle East’s leading religion: Islam.

The war on Islam was particularly vital, as it seemed to unify a large range of western intellectuals, conservative, liberal, religious and secular alike. All done for good reasons:

Thus, it was no surprise to see the likes of Ian Black commenting in the Guardian, hours after gunmen carried out a lethal attack in Paris against a French Magazine on Wednesday, 7 January with the starting line: “Satire and Islam do not sit well together…”

Not a word on the French military and other forms of intervention in the Middle East; its destructive role in Syria; its leadership role in the war in Libya; its war in Mali, and so on. Not even a word on François Holland’s recent statement about being “ready” to bomb Libyan rebels, although it was made only few days earlier.

Sure, the pornographic satire of Charlie Hebdo and its targeting of Prophet Mohammed was mentioned, but little was said, by Black, or the many others who were quick to link the subject to “7th century Islam”, to the hideous wars and their horrible, pornographic manifestations of torture, rape and other unspeakable acts; acts that victimized millions of people; Muslim people. Instead, it about western art and Muslim intolerance. The subtle line was: yes, indeed, it is a “clash of civilizations”.

Did any of these “intellectuals” pause to think that maybe, just maybe, the violent responses to demeaning Islamic symbols reflect a real political sentiment, say for example, a collective feeling of humiliation, hurt, pain and racism that extend to every corner of the globe?

And that it is natural that war which is constantly exported from the West to the rest of the world, could ultimately be exported back to western cities?

Is it not possible that Muslims are angered by something much more subtle and profound than Charlie Hebdo’s tasteless art?

Avoiding the answer is likely to delay a serious attempt at finding a solution, which must start with the end of western interventionism in the Middle East.