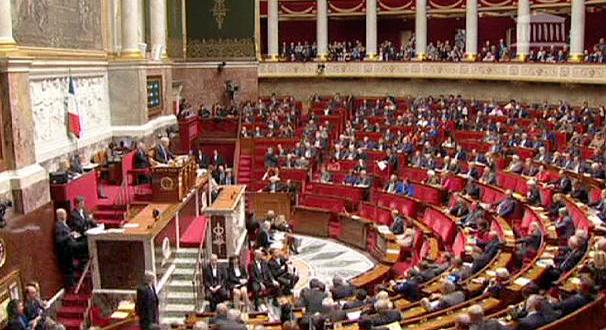 French lawmakers on Tuesday voted in favor of recognizing the state of Palestine, following similar moves made by Spanish and British parliaments, as European nations try and restart the stalled peace process in the Middle East.

The vote in the lower house of France’s national assembly is a non-binding resolution and can’t effect French government policy, but is likely to infuriate Israel, with Israeli Prime Minister Benjamin Netanyahu warning that it was a “grave mistake”.

French parliamentarians voted 339 to 151 in favor of the motion, which invites Paris to recognize a Palestinian state “as an instrument to gain a definitive resolution of the conflict”.

Palestinians have been seeking to achieve statehood in Gaza and occupied West Bank with east Jerusalem as their capital city. Very little progress has been made on reaching a settlement, with Palestinians trying to lobby foreign powers for recognition.

During a debate on Friday, French foreign Minister Laurent Fabius stressed that France will recognize the state of Palestine with diplomatic efforts, and called for a resolution to the conflict in the Middle East within the next two years.

France is leading a drive in the UN to unfreeze the peace process.

Earlier on Tuesday, the Palestinian envoy to the UN Riyad Mansour said that a draft resolution might be submitted to the UN Security Council as early as mid-December. Mansour said that the text would specify a timeframe for final peace negotiations and possibly set a deadline of Palestinian statehood. The draft would also pave the way for an international conference that France has proposed it would host.

The European initiative is expected to be discussed in a NATO meeting between US Secretary of State John Kerry and European ministers in Brussels.

“If these efforts fail. If this last attempt at a negotiated settlement does not work, then France will have to do its duty and recognize the state of Palestine without delay and we are ready to do that”, he had said on Friday.