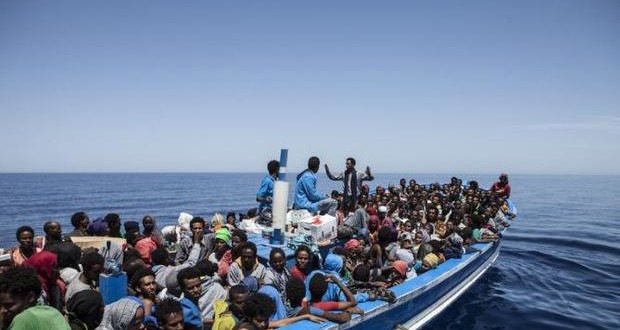 On Thursday , Almost 40 refugees, including at least seven children, have died while to reach Italy from Libya in the latest Mediterranean migrant tragedy, Save the Children reported  .

The Organization stated that some of the 80 survivors of the crossing who were brought ashore in Augusta, Sicily, reported the deaths occurred the day  before when the  boat they were travelling on took in water. Later , a cargo vessel spotted them and alerted search and rescue authorities and the German navy,  from the EU’s Mediterranean rescue mission, which aided  and brought survivors  to shore.

Most of The dead believed to be sub-Saharan Africans from countries like Senegal, Mali and Benin, Save the Children reported in a statement.

So far this year, more than 80,000 migrants have come ashore in Italy, with a similar number arriving in Greece. In the deadliest crossing in April , almost  800 migrants were believed to have drowned when their boat capsized off Libya with hundreds of people trapped in the hold by smugglers . Few days before that tragedy another 400 people drowned.