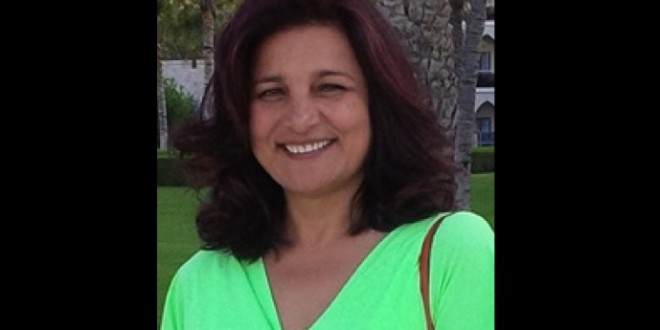 While Dr. Rand Askalan has found a way to wed her activism to her professional skills – medical activism, that is – she still shares what many have on their minds – the ability to have an impact, to be a part of a bigger, more just narrative. “I always feel like what I’m doing is not enough for the people who need me the most. I want to make more of a difference,” she says.

And it is this sentiment that keeps her, and many others she inspires, going. To her, it’s all about the redistribution of knowledge and resources.

From the very beginning, and while studying at the American University of Beirut, Dr. Askalan would visit Palestinian camps there and help out. After completing her PhD in neuroscience at Cambridge University in England, she moved to Canada and worked in basic research. She then specialized in pediatric neurology at the University of Toronto medical school.

“I passionately believe that professionals in the diaspora have a vital role to play in the development of their homelands, particularly if they come from developing countries or areas that suffer from political conflict, wars, colonization, and occupation” Dr. Askalan

She started her work as a Clinician–Scientist at Sick Kids Hospital in 2007. Her clinical work is focused on children that suffer from strokes. In her lab at Sick Kids Research Institute, she works on understanding the mechanisms of cell death in the brain of a baby with a stroke, and on ways to minimize brain damage as a result of this injury. She has multiple scientific publications on this topic

In 2002, Dr. Askalan joined the Doctors of the World, Canada, medical mission for six weeks in Jenin (Palestine) where she lived through the Israeli siege of Jenin and witnessed unspeakable destruction. The mission provided primary health care to elderly, children and new-born babies. The “crimes against humanity” that she saw there she could neither un-see nor ignore upon returning to Canada.

And so she embarked upon a journey of fundraising and resource redistribution in a project-specific manner, such as bringing Palestinian children to Sick Kids for specialized treatment, or providing urgently needed medical equipment to improve the infrastructure of health care in Palestine.

Ever since 2002, she’s been going to Palestine on a yearly basis to run clinics to teach neurology to pediatric residents in universities and teaching hospitals. Her vision is to partake in improving healthcare there and contribute to an educational domino effect – teaching students who would eventually teach others.

As an extension to the same vision, Dr. Askalan established the Palestinian Healthy Child Fellowship Program as part of Sick Kids International. Each year the program supports the training of two Palestinian pediatricians for a 2-year fellowship in a pediatric sub-specialty. Each year, Dr. Askalan raises  $320,000 in funds in order to sustain this vital program.

Those who graduate this program are committed to go back to Palestine and work to reshape child healthcare there. “I passionately believe that professionals in the diaspora have a vital role to play in the development of their homelands, particularly if they come from developing countries or areas that suffer from political conflict, wars, colonization, and occupation” Dr. Askalan said.

And what she asks of others she does herself. During the last Israeli offensive on Gaza (summer 2014), Dr. Askalan was there on the ground, with the people, making sure they knew they weren’t forgotten. She worked at the children’s hospital there and upon returning to Canada fund-raised for three dialysis machines – these would expand the capacity of the only pediatric kidney dialysis unit in Gaza and prevent the death of many children with chronic kidney disease.

As for her next dream – it’s “to establish a center for neurological and psychiatric disorders in Palestine so that my people will also benefit from all the education and experience that I’ve accumulated over the years”.  A dream she’s certainly working towards fulfilling.

As a Palestinian Canadian, Dr. Askalan has found a way to make ends and geographies meet, which makes her feel at home, whichever part of the world she may be. She’s witnessed the regression in the Canadian government’s position towards Palestinians and hopes the trend will change – and Canada will go back to being a balanced mediator for peace and the alleviation of oppression and human rights violations in the Middle East.