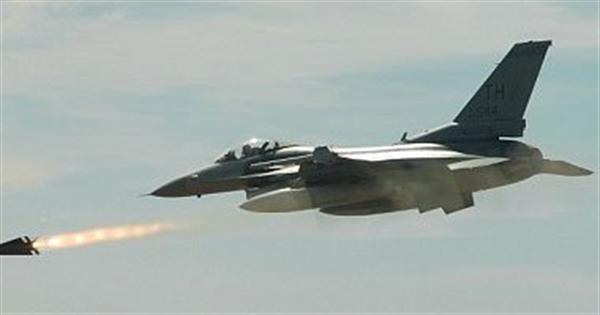 Ironies of Empire: US now Allied with Shiites Trained by Assassinated HIzbullah Leader

The revelation by the Washington Post’s Adam Goldman and Ellen Nakashima that the car-bomb assassination of Hizbullah commando Imad Mughniyah in Damascus in 2008 was a joint CIA/ Israeli Mossad operation comes at an awkward time for Washington.

The administration of George W. Bush did not target Mughniyah because of his alleged involvement of past actions against the US, such as the Beirut embassy bombing and the carbombing of the Maine barracks there in 1983. Rather, Bush was angry about the killing of 5 US soldiers in Iraq’s Karbala in 2007 by a Shiite group trained by Hizbullah, training he suspected Mughniyah was directing from Damascus.

That 2007 operation in Karbala that killed the 5 US troops was carried out by the League of the Righteous (LOTR), a guerrilla group that had hived off in 2006 from cleric Muqtada al-Sadr’s Shiite Mahdi Army militia. The US gained intelligence that the League of the Righteous was being trained in making roadside bombs and guerrilla tactics by Lebanon’s Hizbullah, at the direction of the Iranian Revolutionary Guards Corps. In the period 2006-2011, the League of the Righteous claimed to have carried out 6,000 attacks on US forces in Iraq. This seems to me exaggerated; they were probably only 3,000 or so strong. In any case my recollection is that in Al-Anbar Province in 2006 alone, al-Qaeda in Mesopotamia and other Sunni groups launched 10,000 attacks a month, so these LOTR Shiite activities (only about 100 attacks a month, including sniping, throughout the country) were minor in comparison.

After the US departure from Iraq in 2011, the League of the Righteous developed a civil political wing and ran for parliament. It supports, more strongly than does Sadr’s group, the Iranian form of theocracy or rule by a leading cleric.

So here’s the kicker. The League of the Righteous is now one of the more effective fighting forces on the Shiite side in Iraq, backing up the lackluster Iraq National Army (also now mostly Shiite) against Daesh/ ISIL or ISIS. The campaign to save the Shiite Turkmen of Amerli from Daesh was spearheaded by LOTR last fall. The effort received close air support from… the United States Air Force. LOTR and other militias took Jurf al-Sakhr in October– a Sunni town formerly under the thumb of Daesh. Likewise, the US is allegedly providing weaponry, or having weaponry provided to, the Shiite militias– even heavy weaponry like a tank (see today’s entry from Niqash below).

These developments signal that the Israeli and US struggle with Hizbullah is not white hats versus black hats where all the lines are clearly drawn. Mughniyah, deemed in 2008 a danger to US troops in Iraq, helped train the very forces with which the United States is now de facto allied against the phony ‘caliphate’ of Daesh’s Ibrahim Samarrai in northern and Western Iraq. And to the extent that LOTR, the Mahdi Army and the Badr Corps, all Shiite militias, were attacking al-Qaeda in Mesopotamia (which morphed into the Islamic State of Iraq and then Daesh over time), there was a sense in which the US had an alliance of convenience with them even in 2008. That the League of the Righteous pointed their guns both at their arch-enemy (the Islamic State of Iraq) and at their sometime ally (the US) just shows how complicated and contradictory that world of violence, guerrilla operations, ethnic cleansing, and illegal military occupation was.

Washington in the past 15 years, with its violation of the UN Charter and numerous treaty obligations and its casual assassinations and torture (all contravening US statutes), helped unleash a vast wave of violence on Iraq– displacing millions to this day, and setting the stage for massive campaigns of ethnic cleansing and the rise of Daesh religious extremism (there was no al-Qaeda or al-Qaeda offshoots in Iraq before Bush invaded).

In that world, it is frankly not easy to see the Bush administration, with its illegal war of aggression on and military occupation of oil-rich Iraq, as the good guy. Mughniyyah inflicted a lot of damage on US interests; but those interests in Iraq, at least, were so murky and dark that he may have sometimes had international law (which allows for resistance to foreign military occupation) on his side at a time that Washington decidedly did not. And now, the force he trained at the cost of his life is an ally of convenience with the very agency that rubbed him out (and personnel of which he had earlier rubbed out).

There must be a more lawful and ethical way for the US to proceed in the world than this.

Juan Ricardo Cole is a public intellectual, prominent blogger and essayist, and the Richard P. Mitchell Collegiate Professor of History at the University of Michigan. author, “The New Arabs: How the Millennial Generation is Changing the Middle East” http://tinyurl.com/l7f22ar
Islamic State LOTR military US 2015-02-05
Mona
السابق Building capacity, one pediatrician at a time
التالي California’s “pepper spray chancellor” stays silent over racist abuse of Arab and Muslim students