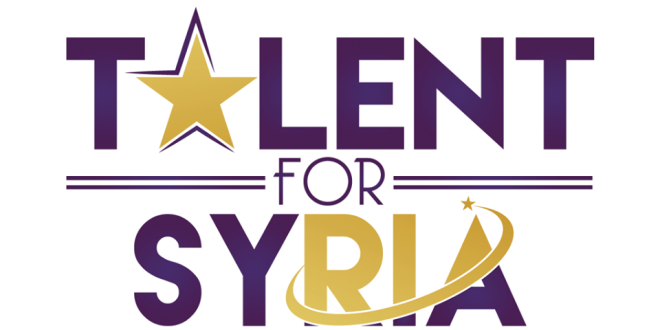 “Talent for Syria” A Canadian event to support  Syrian children

A   new event will be held in Toronto,  Canada  called ” Talent for Syria ”  to engage youth and the community in artistic expression to support Syrians.

The Charity Event is organized to  help  in  sending Syrian orphaned refugees to Al Salam School in Reyhanli-Turkey, a project run by the Syrian Kids Foundation. Many Syrian children have been deprived of an education for over four years.  And it only takes a $1/day to send an orphaned refugee to school that is why  “Talent for Syria”  Aims  to give children living in refugee camps a chance to regain their childhood and pursue their education by raising at least $100,000 to provide this opportunity to orphaned refugees.

According to the event website, there are over three million Syrians have been forced to seek refuge in neighboring countries and over seven million are internally displaced.

“Talent for Syria” will be held on Saturday July 25th, 2015 at the Meeting House Theatre, which located  in the Toronto area. And it will feature a talent show and feature performances by local and national talents from across Canada and the US, ranging from classical music  performances to hip-hop, like   Syrian-American hip-hop artist Omar Offendum, the stand up comedian  Wonho Chung , and the  pianist, Malek Jandali.