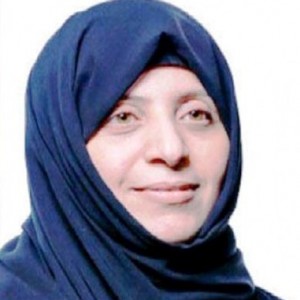 On Thursday, the United Nations denounced the public execution of Iraqi Human Rights lawyer Samira Saleh Al-Naimi in Mosul. She was reportedly killed by the IS in a kangaroo court after being found guilty of apostasy.

“By torturing and executing a female human rights’ lawyer and activist, defending in particular the civil and human rights of her fellow citizens in Mosul, ISIL continues to attest to its infamous nature, combining hatred, nihilism and savagery, as well as its total disregard of human decency”, UN envoy to Iraq Nickolay Mladenov said in a statement.

Al-Naimi was abducted from her home in Mosul after she had posted comments on Facebook critical of the IS and its destruction of religious sites, describing them as “barbaric”. She was known for defending the poor in the city and defending detainees, and was often critical of the IS.

NGO Gulf Centre for Human Rights (GCHR) harshly criticized the IS for its actions, saying that it “condemns in the strongest terms the execution of Samira Saleh Al-Naimi and believes it is solely motivated by her peaceful and legitimate human rights work, in particular defending the civil and human rights of her fellow citizens in Mosul”
“The GCHR believes that this heinous crime and other ISIS crimes are crimes against humanity”, it added.

It also said that it urges the UN and other relevant organizations to “Carry out an immediate, impartial and thorough investigation into the execution of Samira Saleh Al-Naimi and other crimes committed by ISIS with a view to publishing the results and bringing those responsible to justice in line with local laws and international standards” and to “guarantee in all circumstances that all human rights defenders and journalists in Iraq are able to carry out their legitimate human rights activities without fear of reprisals and free from all restrictions including judicial harassment”.

In August, a UN report accusing the Syrian regime and the IS of committing crimes against humanity, had highlighted the IS’ use of public executions, torture, murder, displacements, abductions and mock crucifixions to intimidate people.