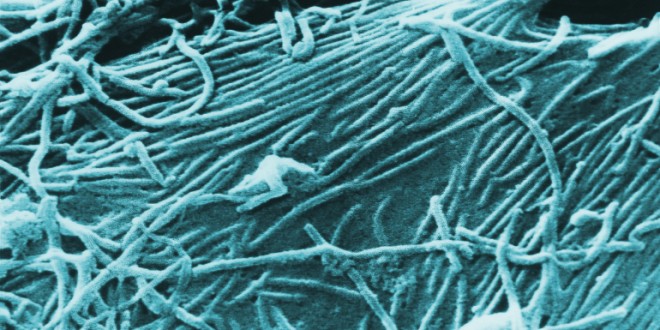 Despite a general consensus among the scientific community that current research is not enough to produce a “cure” for Ebola, startups and scientists all over the world are seemingly racing against one another to find marketable medication for the disease.

San Diego-based Mapp Biopharmaceuticals has been ramping up production of now well-known ZMAPP, the drug administered to at least two Ebola patients that have survived the disease. The company reportedly has a major pharmaceutical partner, but has not named it publicly yet. US federal agency Health and Human Services had given them $43 million in September to accelerate the drug’s development.

Canadian company Tekmira created the drug TKM, which was administered successfully to a patient in Nebraska. The company has received crucial founding from the Pentagon’s Defense Threat Reduction Agency.

Japanese firm Fujifilm Holdings and its subsidiary Toyama Chemical have been working together to develop Avigan, which has been given to several European patients, including a nurse in France. According to the company, the nurse survived Ebola, and Guinean and French governments have plans to start clinical trials soon. The drug, initially created as a treatment for influenza, has been going through trials in the US, with the Pentagon supporting the project to the tune of $138 million.

China’s Sihuan Pharmaceuticals, the world’s third largest pharmaceutical company, says that they are working on a drug called JK-05 to treat Ebola patients. The drug has been approved for emergency use, with reports suggesting that batches have been sent to Africa to help aid workers.

North Carolina-based BioCryst is developing antiviral drug BCX4430, which, with the National Institutes of Health’s support, is expected to be tested later this year. Another North Carolina-based company, Chimerix, developed brincidofovir, which was recently approved by the FDA to expand testing and was given to a patient in Liberia.

Natural anti-inflammatory and anti-oxidant treatment Kolaviron, made from kola seeds native to rain forests of Africa, is being looked into by a Nigerian professor at the Bio-resources Institute of Nigeria as the base for a potential cure.

Massachusetts-based company Sarepta Therapeutics has quietly been developing drug AVI-7537, which in a clinical study cured 60-80% of primates with Ebola. However, the firm, which was given a $291 million Pentagon contract in 2010 before being retracted in 2012 due to “funding constraints”, is currently focusing of a muscular dystrophy drug and not on an Ebola cure.