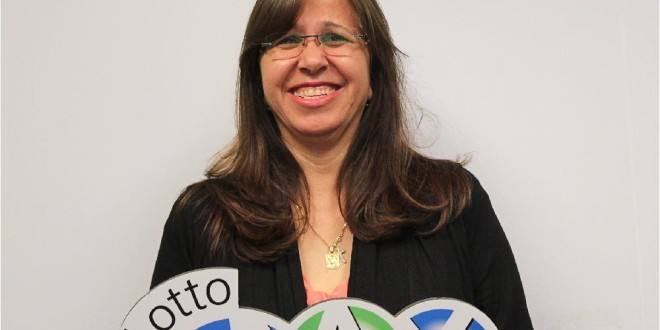 Nabila Batarseh won $12.5 million in the June 5 Lotto Max draw. Nabila is an   Arab Canadian woman originally from Jordan, lives in  Calgary. Her ticket was one of four that shared a $50 million LOTTO MAX jackpot. The others were sold in Edmonton, British Columbia, and Ontario.

Nabila said she was at home with her family when she decided to check her ticket numbers on her phone. She also believed for years that she would win big in the lottery. she added “Honestly, I always believed that one day I would win the lottery. I always had a feeling it would happen to me.”

She described her feelings after winning the lottery by saying “It’s funny to say, but I felt normal when I discovered I won,”.

Nabila decided that she will use the money to buy a house for her and her family , help people and to quit working. She said “I’ve spent 23 years on my feet, it’s time to retire.”