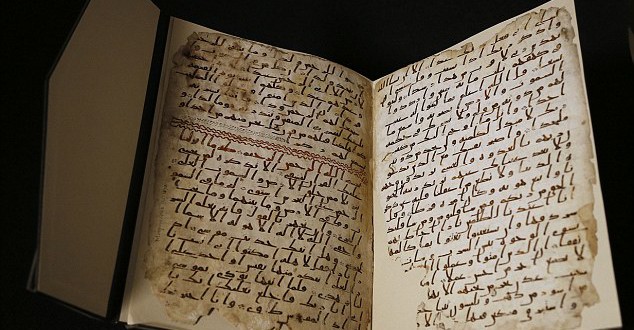 on Wednesday ,researchers said  that they found in a British university library Fragments of a Koran manuscript which considered  the world’s oldest surviving copies of the Islamic text.

The Radiocarbon dating indicated that the parchment folios held by the University of Birmingham in central England were at least 1,370 years old, and that  make them the oldest written forms of” Koran” the Islamic holy book in existence.

The radiocarbon dating, which have a 95.4 % accuracy, found the parchment dated from between 568 and 645.  and  prophet  Mohammad is believed to have lived between 570 and 632, so it may have been written by someone who knew Prophet Mohammad

Researchers said  also that the manuscript consisted of two parchment leaves and contained parts of Suras (chapters) 18 to 20, and was written with ink in an early form of Arabic script known as Hijazi. 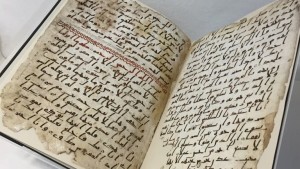 David Thomas, Professor of Christianity and Islam at university of Birmingham said “They could well take us back to within a few years of the actual founding of Islam,.

The university said for years it had been misbound with leaves of a similar Koran manuscript which dated from the late seventh century. The manuscript is part of the Mingana Collection of more than 3,000 Middle Eastern documents gathered in the 1920s by Alphonse Mingana, a Chaldean priest born near Mosul in modern-day Iraq.

Muslim scholars said the discovery, along with similar recent finds and studies in Europe, would help academics piece together the development of the manuscript into its modern form.

University of Birmingham said  that it will put the manuscript on public display in October at The Barber Institute of Fine Arts.

The local Muslim community has already expressed its delight at the discovery in their city and the university says the manuscript will be put on public display. Muhammad Afzal, chairman of Birmingham Central Mosque, expected that the manuscript  will attract people from all over Britain and the world. He said “When I saw these pages I was very moved. There were tears of joy and emotion in my eyes”.