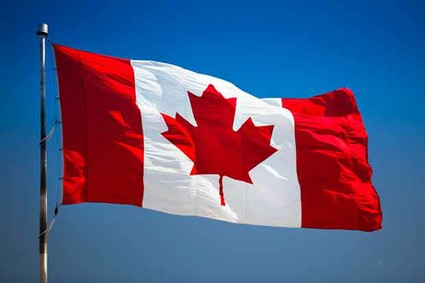 Canada is the most reputable country in the world

This year, according to a  survey by the Reputation Institute, Canada is the most  reputable and admired country in the world .

Canada has won this distinction four times since it started in 2010. Canada lost only once and ranked second after Switzerland last year.

The Reputation Institute measured the reputation of 55 countries based on levels of trust, esteem, admiration and respect based on an online panel of more than 48,000 people representing the G8 countries. The Study measured a country’s perceptions exploring 16 attributes like being viewed as a safe place to visit, a beautiful country, having friendly and welcoming residents, having progressive social and economic policies, being run by an effective government and more others .

Canada had a score of 78.1, one point ahead of Norway. It scored first for appealing environment, measured by people’s perception of having “friendly and welcoming people,” a “beautiful country,” an”  appealing lifestyle” and being an “enjoyable country.”It also  was ranked fifth on having an advanced economy  and fourth for effective government, after Sweden, Norway and Switzerland. Canada was also the top country to visit, live in, work in and study in.

Notably absent from the top 20 is the United States; the U.S. ranked 22nd in the listing. The Reputation Institute found some of the most powerful countries in the world, like the United States, Russia and China, did not rank as highly on the list.

The survey found that Canada, Norway, Switzerland, Sweden and Australia are the best perceived countries with large GDPs in the world.

Here are the top 20 countries: