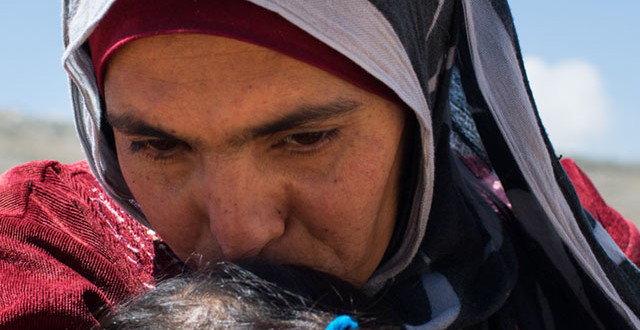 On Tuesday, the United Nations warned that thousands of female Syrian refugees were caught in a “spiral of hardship, isolation and anxiety”, either separated from their husbands or widowed, and struggling to survive.

The United Nations High Commissioner for Refugees (UNHCR), the UN agency for refugees, said in a new report that the plight of about 145,000 Syrian refugee women are fending for themselves and for their families in dire circumstances all over the Middle East.

“Forced to take sole responsibility for their families after their men were killed, captured or otherwise separated, they are caught in a spiral of hardship, isolation and anxiety”, the report said.

Their biggest problem is the lack of resources, and most of them are struggling to buy food and pay rent, resorting to selling their possessions like wedding rings, and are even being forced to send children to work. Most women are not able to work since they are the only caregivers for their children, with a third of the 135 women that were surveyed by the UNHCR in Egypt, Lebanon and Jordan saying that they don’t have enough food.

Many of the interviewees said that they had received food vouchers from the World Food Program, but were selling them to pay for rent and other expenses. Many women also complained that living without men has led to harassment. Lack of money has also forced several women to take tough decisions on issues like healthcare and education, with many not able to pay for medication or afford education for their children.

The report also urges host nations to keep their borders open and limit the number of entry restrictions, noting that 20% of the women they surveyed were separated from their spouses due to visa or similar issues. It also called on aid groups to consider particular challenges of female refugees and make sure that they are well protected. It urged citizens and donor to increase funding to agencies that support Syrian refugees, noting that the current Syrian crisis is the world’s largest forced displacement crisis.