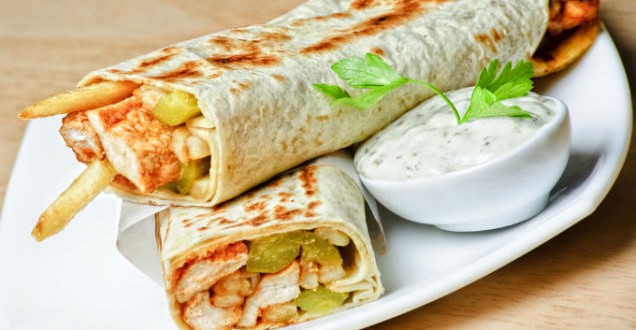 Pittsburgh, PA’s Conflict Kitchen restaurant has come under fire by some members of the city’s Jewish community who are upset that the restaurant has chosen to feature Palestinian food. Those people are assholes.

For those of you not familiar with Conflict Kitchen, it’s a restaurant whose cuisine changes regularly on a three-to-five month rotation, but always features food from a country with which the US is currently in some sort of conflict (hence the name). In the past, they’ve served food from Afghanistan, North Korea, Cuba, Iran, and Venezuela. But according to Jon Rubin, one of the restaurant’s co-founders, simply featuring countries with which the US has issues wasn’t Conflict Kitchen’s only purpose:

“The idea was to fill what we felt was a void in Pittsburgh. So we started thinking about what can we serve and how can we have a conversation that’s not already here,” Rubin said, “We realized there has never been a Persian, or an Afghan or a Venezuelan restaurant in the city and that not only have never been those restaurants but, those communities actually exist here.”

Given that there are about three types of cuisine that are well-represented in this overgrown dive bar that calls itself a city,* Rubin was on to something, and it’s no surprise the restaurant has been successful. It’s a goal worth lauding, especially considering that Conflict Kitchen’s founders go out of their way to both work with ex-pat communities and, whenever possible, to go to the countries themselves in order to make the food as authentic as possible. Now, however, they’ve chosen to feature Palestinian food, and parts of Pittsburgh’s Jewish community depressingly (if predictably) are taking issue with that decision.

Segments of the Jewish community in Pittsburgh have many thoughts on why Conflict Kitchen should not be serving Palestinian food, all of them wrong and stupid. One example, courtesy of Gregg Roman, Director of Community Relations Council at the Jewish Federation of Greater Pittsburgh:

“Conflict Kitchen’s focus on countries in conflict is honorable, but Palestine is not in conflict with the U.S. The restaurant is stirring up conflict for the sake of trying to be relevant.”

Um…yes? Yes, the US is in conflict with Palestine. We’re not at war with Palestine, but the restaurant’s name isn’t War Kitchen. Ask Palestinians how they feel about our continued unflinching support for Israel at any cost, because I’m pretty sure a lot of them are displeased with that.

Roman has also asked that Rubin “invite his organization to the table to participate in the discussion.” Why? Why exactly would he do that under any circumstances? They’re not serving traditional Jewish food. Why the hell should the Jewish Federation even be involved with this in an ancillary capacity?

This entire story is basically the exemplar of the problems I have with the culture into which I was born. This isn’t about Conflict Kitchen’s cuisine choice presenting a “one-sided discussion towards the Middle East.” It’s about the desperate need among certain parts of the American Jewish community to do everything possible to keep from allowing Palestinians to be humanized. A lot of American Jews live in unspoken terror that average Americans — the sort who’ve been conditioned to believe “Israel good, Arabs bad” — might someday open their eyes and see that hey, maybe the world isn’t as desperately simple as the rabidly pro-Israel crowd would like us to believe, maybe there are good and bad people on both sides of the conflict, and maybe indiscriminate killing from either party isn’t excusable under any circumstances. If Palestinians have a cuisine, if Palestinians have an identifiable culture, it suddenly becomes a lot harder for many Americans to unthinkingly regard them as sub-human.

Surprisingly, given that we don’t live far from Oakland (the neighborhood where Conflict Kitchen is located), I’ve never actually been there. The Pittsburgh Jewish community’s outcry about this has made me strongly re-think my position there, though — we’re going tomorrow for lunch. After all, as Rubin says:

“You can’t always separate food and culture and politics,” said Mr. Rubin, “but food is a way of looking at our common humanity.”

As far as I’m concerned, anyone who doesn’t wish to see that common humanity doesn’t have an opinion worth even the slightest regard.