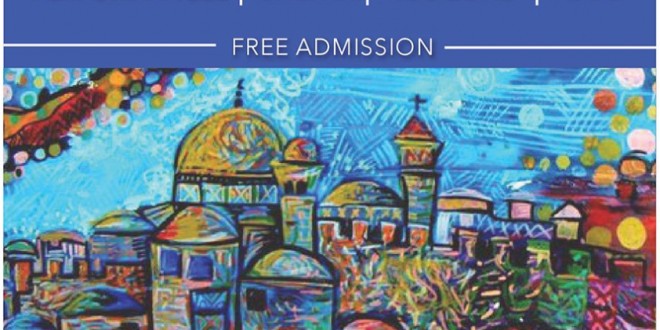 Abdalla, speaking to The Muslim Link, was only thinking of “having it at City Hall” when he was planning the festival. Fortunately for him, city Mayor Jim Watson was receptive to the festival, and will open the event with an inauguration speech.

According to Abdalla, over 60,000 Palestinians are living in Canada, and around 6,500 of them live in Ottawa and Palestinian immigrants came with skills, education and wealth to invest in Canada. Many of them, like Abdalla have run small businesses. “Palestinians played an important role in helping the city weather the economic downturn.And did you know that Ottawa’s only Basketball team is owned by a Palestinian?” he said.

Abdalla sees the festival as an important step in changing images of Palestinians in a Canadian context. “We want people to see us as we see ourselves, not just what you see in the media”, he said.

Mais Al Ahmad, who volunteers as the Bazaar Coordinator at the festival, said that the bazaar is to “make you feel like you are in the Old City of Jerusalem”. Like other cultural festivals that had taken place in the city, the festival offers food, music and dancing. However, Ms Ahmad believes that the Bazaar will differentiate the festival from the others.

“We wanted to exhibit the fundamentals of culture beyond dancing and food.The best way we thought we could do that was through art and literature.Our music is wonderful because the songs are about the history and the land, but what if you don’t understand Arabic? That’s why it is good to have books available”, she explained. Interlink Publishers, specializing in Middle East literature, have also sent several titles to the festival; other Palestinian art will also be displayed in the festival.

“We’ve collected paintings, knit work, carpets and many pieces of fine stitched embroidery. We are working on writing something for the Festival about what type of embroidery you would see from different regions and cities”, she said.

Another aspect of the festival will be fair trade food products produced in the West Bank. “We have been working with fair trade organizations in order to get products from Palestinian farmers who often don’t have access to the world market.We are working with Canaan Fair Trade which works with farmers’ cooperatives in the West Bank”, she said. Humanitarian organizations currently working in Gaza, like Medical Aid for Palestine and Human Concern International will also be at the festival.

Both Al Ahmad and Abdalla said that they were grateful for the support of small Palestinian-Canadian business owners who had sponsored the festival. “We also go a lot of support from other ethnic communities and that has given us such a boost in what we have been trying to do”, Abdalla said.