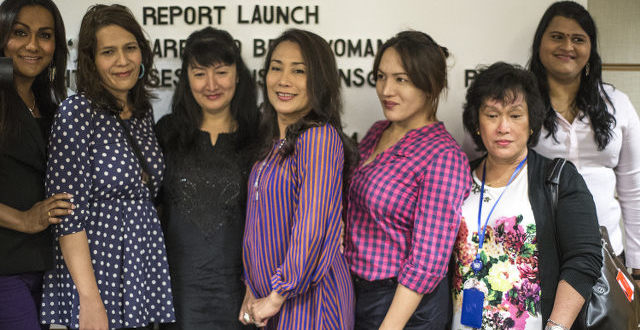 Three Muslim Malaysian transgender people on Friday won a court ruling which challenged a religious law that forbade them from cross-dressing. The ruling has been hailed as a victory for human rights in the conservative nation.

A three-judge panel in the Court of Appeals unanimously ruled that Shariah law in the state of Negeri Sembilan was discriminatory since it did not recognize men with gender identity issues. The court also said that the law robbed transgenders of “the right to live with dignity”.

He added that the Islamic law was intended to curb homosexual activity which led to the transmission of HIV, and that the current case “has nothing to do with homosexuality”, but concerns Muslim men with a medical condition.

A lesser court had dismissed the case in 2012, arguing that the three transgenders must follow the law since they are Muslims and were born male. The three, who were certified as to having gender identity issues by doctors, appealed the decision.

Negeri Sembilan’s Islamic Religious department can still appeal the ruling at the apex Federal Court, although it is not clear if there are any plans to do so.

“We are thankful and overjoyed. It is a victory for human rights”, transgender rights activist Nisha Ayub said. She was in court when the verdict was delivered, and said that it left her and several of her colleagues speechless.

Ayub, who is the leader of the Justice for Sisters group, said that the “landmark ruling” has been conveyed to the three transgendered people as they were not in court. They are makeup artists and had undergone hormone treatment, facing constant harassment from the authorities, she added.

According to international rights group Human Rights Watch, Malaysia is one of the world’s least tolerant countries towards transgender people; they face the constant threat of getting arrested by authorities, harassment and sexual abuse in the country.