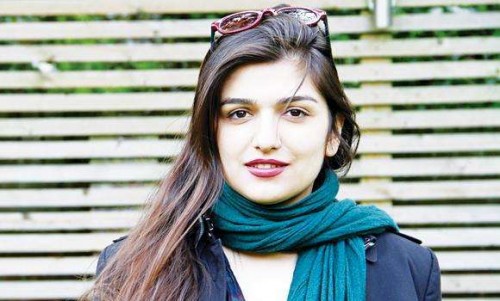 Earlier in the month, 25-year-old law graduate Ghavami’s lawyer had said that she was sentenced to one year in prison.

“According to the verdict she was sentenced to one year in jail”, Iranian media quoted her lawyer Alizadeh Tabatabaie saying on November 2nd. At the time, Tabatabaie said that he did not get an official notification of the verdict, but the presiding judge showed him a copy of it after the trial; Ghavami was on trial for spreading “propaganda against the regime”, a broad charge often used by the Iranian judiciary.

However, Mohseni-Ejeie dismissed the claim, saying that the trial was ongoing and no sentence has been pronounced yet.

“We have not finished examining the case. The court must still give a ruling on another charge (against Ghavami). The verdict has not been issued”, Mohseni-Ejeie told reporters in his weekly news conference. Her lawyer Tabatabaie refused to comment on Mohseni-Ejeie’s statement.

Ghavami was arrested on June 20th at Azadi Stadium, where the Iranian men’s volleyball team was scheduled to play against Italy. The game was preceded by a brief demonstration, as journalists and women were told that they could not attend the game. She was released after a few hours, but was arrested again days later, when she visited a police station to reclaim items confiscated from hear at the stadium.

Mohseni-Ejeie, the chief spokesman for the Iranian judiciary, said that after her second arrest, Ghavami is “being investigated and is currently in prison awaiting the end of the investigation”. However, he did not elaborate on the statement.

Ghavami’s trial began in October behind closed doors; the case has drawn considerable attention because of her dual nationalities, the time she spent in jail before the trial, and because her arrest was linked to sports, a claim dismissed by Iranian authorities.