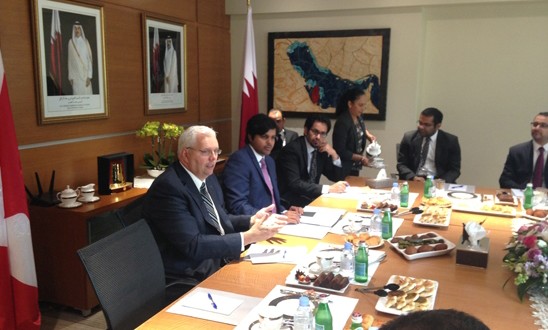 The Qatari embassy in Ottawa the  Canadian capital hosted a meeting of Arab embassies and missions  with the Canadian government which was represented by Canadian Commercial Corporation CEO Martin Zablocki.

The Talks between sides  discussed means of enhancing trade exchanges between Arab states and Canada ,and overcoming technical difficulties in expanding cooperation.

The corporation is the commercial arm of the Canadian government and it Aims to  facilitate and promote trade relations with foreign governments.