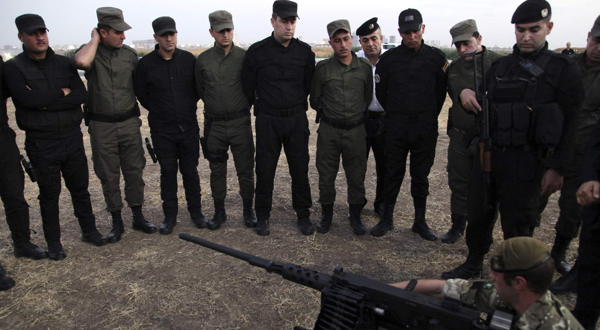 The UK will send more security force personnel to Iraq to train Iraqi forces in the battle against extremist group Islamic State (IS), UK Defense Secretary Michael Fallon said on Wednesday. Britain has been supporting the US-led air strikes to force IS militants out of Iraq and has already trained Kurdish fighters in the country.

“We will be stepping up our training effort. We’re talking to our coalition partners about how the… additional training is going to be provided, in training centres in and around Baghdad”, Fallon told journalists in Baghdad.

The training is for battalions which are able to leave the front lines, Fallon added, without specifying if it would involve Iraqi army personnel, policemen, or both. The number of trainers that will be sent has not been decided yet.

“One particular area of expertise we have is in counter-IED (improvised explosive devices). We’ve learnt from Afghanistan in dealing with roadside bombs and car bombs and we have some specialist knowledge to contribute”, Fallon said.

Britain already has “a small number of people” in Baghdad, and “will be looking now to see how we can strengthen that, the liaison work that we’re doing in the ministries and the security agencies here”, Fallon said.

The Ministry of Defense had last month said that a “small, specialist team” of soldiers was training Kurdish fighters on the use of machineguns in the autonomous region in the country’s north.

On Wednesday, it said that Britain will be increasing the training being offered to the Kurds “to include infantry skills such as sharp-shooting and first aid, alongside the provision of further equipment”.

Fallon was in Iraq to meet with Prime Minister Haidar al-Abadi, Kurdish regional president Massud Barzani and several senior Kurdish and Iraqi officials. He also visited the city of Arbil in addition to Baghdad during the trip, the ministry said.