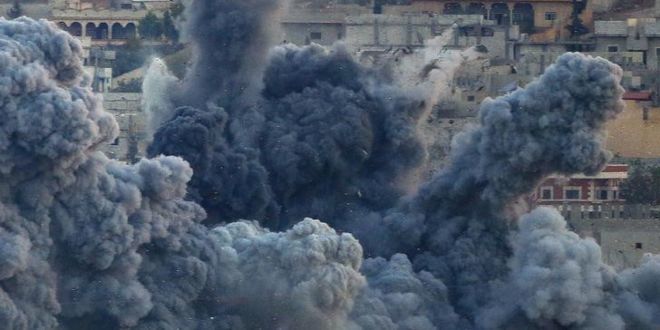 US-led airstrikes in Syria hit al-Qaeda affiliate al-Nusra Front and rebel brigade Ahrar al-Sham in a rare expansion of weeks of targeted raids at extremist group Islamic State, the Syrian Observatory of Human Rights said on Thursday. Additionally, American media have reported that 24-year-old French bomb-maker David Drugeon, a converted Muslim who had joined al-Qaeda offshoot the Khorasan group, was among those killed in the strikes.

The raids have hit al-Nusra Front for the second time since the international coalition led by the US began its aerial campaign on September 23rd, the Britain-based monitor said. Strikes near the Syria-Turkey border also targeted rebel group Ahrar al-Sham for the first time, the observatory added.

The Ahrar al-Sham brigade is believed to have around 10,000-20,000 fighters and advocates a conservative ideology, though it hasn’t expressed transnational extremist aspirations like the IS or al-Nusra. However, many of its leaders have connections to the al-Qaeda and the group has battled alongside the al-Nusra and other moderate rebel groups in northern Syria.

American media organizations reported that a US strike blew up a vehicle in the Idlib province in Syria believed to have been carrying Drugeon. According to Fox news, the car’s driver had lost a leg and is not expected to live, while Drugeon was killed in the attack.

US officials have confirmed that they carried out strikes on Wednesday but said that they cannot confirm Drugeon’s death.

“We are still assessing the outcome of the attack”, Pentagon spokesman Colonel Steven Warren said, before adding that “initial indications” suggest that the strikes have destroyed or severely damaged “several Khorasan Group vehicles, terrorists and buildings assessed to be meeting and staging areas, IED-making facilities and training facilities”.