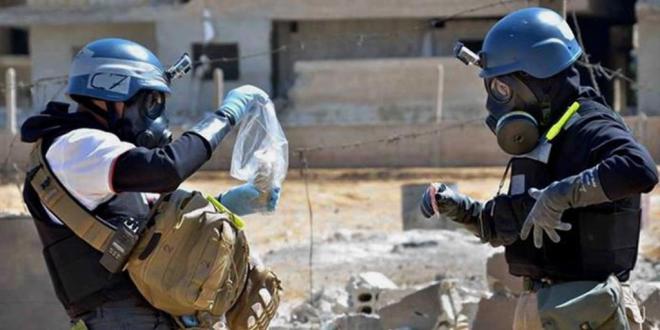 On Wednesday, the Organization for the Prohibition of Chemical Weapons (OPCW) confirmed the “systematic” use of chlorine in chemical warfare in Syria.

After an investigation by an OPCW team in Syria, a report publishing the findings established “compelling confirmation” that the chemical was used “systematically and repeatedly” as a weapon in several villages in northern Syria earlier in the year.

“The descriptions, physical properties, behavior of the gas, and signs and symptoms resulting from exposure, as well as the response of patients to the treatment, leads the mission to conclude with a high degree of confidence that chlorine, either pure or in mixture, is the toxic chemical in question”, the OPCW said in a statement.

It added that incidents of chlorine attacks had dropped since the mission was sent in April, “but there was a spate of new allegations in August”.

Michael Luhan, a spokesman for the OPCW said that the claims of new attacks will be investigated. The mission’s initial report was published back in June, and said that evidence found “lends credence” to the view that the toxic chemical was used in attacks in the villages of Kafr Zeita, Al-Tamana and Talmanes.

Both rebels and regime forces have been accused of using chemical agents in clashes after the uprising began in March 2011 – the Syrian regime had promised to hand over the entirety of its chemical arsenal for disposal as a part of a disarmament deal it agreed to last year.

The OPCW mission investigating the allegations was attacked with gunfire and an indigenous explosive in May, preventing them from assessing the site of an alleged chemical attack in Kafr Zeita.

However, the team managed to interview eyewitnesses, doctors and victims of the attacks, and analyzed documents, medical records and videos, the OPCW said.

“Reasonable grounds exist to believe that chemical agents, likely chlorine, were used on (northern Syrian villages) Kafr Zeita, al-Tamana and Talmanes in eight incidents within a 10-day period in April”, the independent Commission of Inquiry on the rights situation in Syria said.