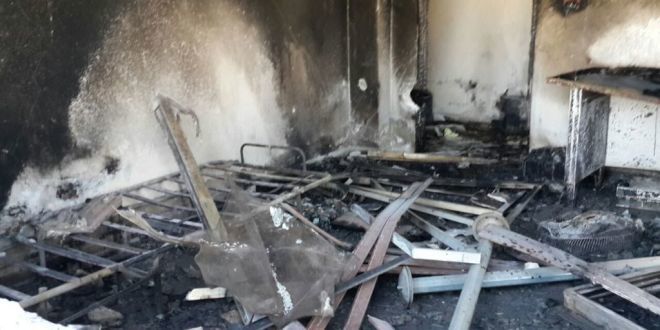 The al-Nusra Front on Friday seized three villages in northwestern province of Idlib from rebels forces, including a US-supported group, the Syrian Observatory of Human Rights said.

According to the monitor, the al-Nusra Front now controls the villages of Hizareen, Al-Fateera and Sufuhun, where it had been battling rebel militia; it has been battling moderate and radical rebels in the region this past week.

One of the groups controlling the villages was the Hazm movement, which in the past has received US-made ammunition.

A week ago, al-Nusra seized the town Khan al-Subul from Hazm and the Idlib command center of the Syria Revolutionaries Front, another Western-back rebel group.

It is unclear if the al-Nusra has gotten its hands on US-made anti-tank TOW missiles given to Hazm. Syrian moderate and extremist rebel groups have allied with al-Nusra in the past in battles against extremist group Islamic State and the Syrian regime.

Since July, however, only sporadic clashes have taken place between the al-Nusra and other rebel factions, particularly in the province of Idlib. The conflict began after the al-Nusra chief announced his intention to create an Islamic “emirate” to rival the “caliphate” established by the IS.

Elsewhere, clashes on Thursday between extremist fighters and regime forces in southern Syria cost at least 40 live, the Observatory said. At least 26 members of pro-regime militia National Defense Forces, and 14 rebel fighters, including fighters from al-Nusra, were killed in Beit Tima, a predominantly Druze region.

Fighting between rebel and regime forces in the southeastern Damascus province has been going on for over a year, but Thursday’s death toll was the highest single day toll since the violence began.

The Syrian Druze community, a heterodox Muslim community, has, for the most part, stayed on the sidelines of the Syrian civil war, as Beit Tima has always been under regime control.