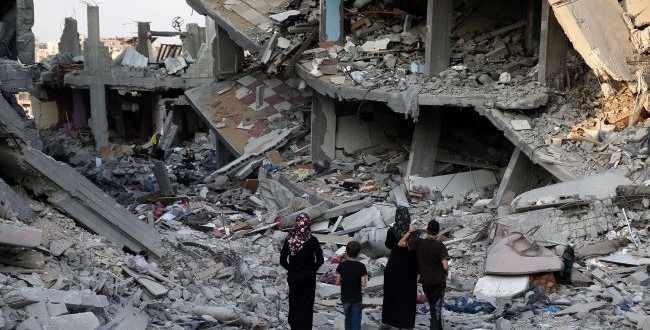 On Tuesday, Qatar hailed the ceasefire which ended 50 days of conflict in and around the Gaza Strip, and offered to provide funds for reconstruction efforts.

Qatar is a key backer of Hamas and hosts the Palestinian movement’s exiled leader Khaled Meshaal. On Tuesday, it paid tribute to “the resistance and the sacrifices” of Palestinians in seven weeks of conflict with Israel. It also said that it was “ready to contribute to the reconstruction of the Gaza Strip as soon as possible”, without citing a figure.

The ceasefire deal was agreed to by both the Palestinian and Israeli delegations on Tuesday, and provides for the opening of border crossings to allow reconstruction supplies and aid into the Palestinian enclave.

The leader of the Islamic Bloc also welcomed the ceasefire, expressing its hope that the ceasefire would lead to a resumption of negotiations for peace in the Middle East that were broken off earlier in the year despite desperate attempts from the US.

Iyad Madani, Secretary General of the Organization of Islamic Cooperation, said that the ceasefire must be the first step towards “restarting negotiations to achieve a just and comprehensive peace agreement”.

On Wednesday, Iran said that the Palestinian resistance had emerged victorious and brought Israel “to its knees” during the 50-day Gaza conflict.

“The heroic Palestinian people have forged a new era with the victory of the resistance which has brought the Zionist regime to its knees. This victory prepares the way for the final liberation of all the occupied lands especially Quds (Jerusalem)”, the Iranian Foreign Ministry said.

The conflict had begun on July 8th when Israel began as Operation Protective Edge and has cost the lives of 2,143 Palestinians in the Gaza Strip. According to UN statistics, 70% of the Palestinians killed were civilians.