أخبار عاجلة
الرئيسية » أخبار عاجلة » Pope Francis, Palestinian and Israeli President to pray together for peace on June 8 at the Vatican 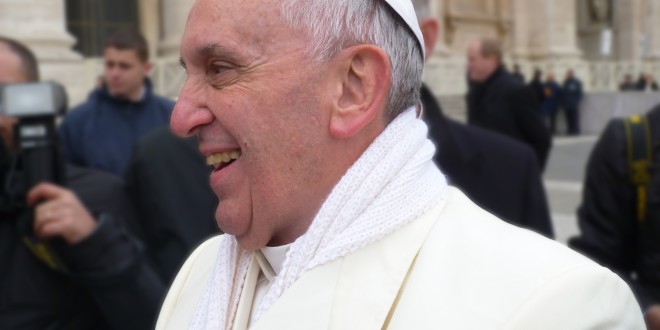 Pope Francis, Palestinian and Israeli President to pray together for peace on June 8 at the Vatican

The Holy See on Thursday said that the Palestinian President Mahmoud Abbas and his Israeli counterpart Shimon Peres will be praying for peace on June 8 at the Vatican.

During his three-day trip to the Middle East, Pope Francis had invited both of them to his home for a “heartfelt prayer” for peace, the Vatican said.  It added that the meeting “will take place on June 8, during the afternoon”, a date “accepted by both parties”.

Despite expectations that the Pope would steer clear of any politics involving the intractable Palestinian-Israeli conflict during his visit, the pontiff extended a personal invitation to both men after mass ended in Bethlehem on Sunday. “I offer my home in the Vatican as a place for this encounter of prayer… to join me in heartfelt prayer to God for the gift of peace. Building peace is difficult, but living without peace is a constant torment”, he said.

Only last month, US-led peace talks between Palestinian and Israeli negotiators collapsed with a bitter taste in the mouth. Israel pulled out of the talks, saying that it will not negotiate with a government backed by Hamas, after Fatah and Hamas had signed a unity agreement. This had brought a nine-month negotiation process to reach a solution to an end, and left room for zero political initiative on the horizon.

The Vatican added that the upcoming meeting, which was scheduled so that the 90-year-old Israeli President could attend before he retires at the end of July, will not be driven by a political agenda. The meeting in the Vatican is to pray together, it’s not a mediation. It is a prayer without discussions”, the Pope said on his return flight to Rome.

Interfaith dialogue has been a cornerstone of Pope Francis’14-month-old papacy.  Both Peres and Abbas have accepted the invitation. The Pope said their acceptance showed that the pair has “the courage to move forward”.