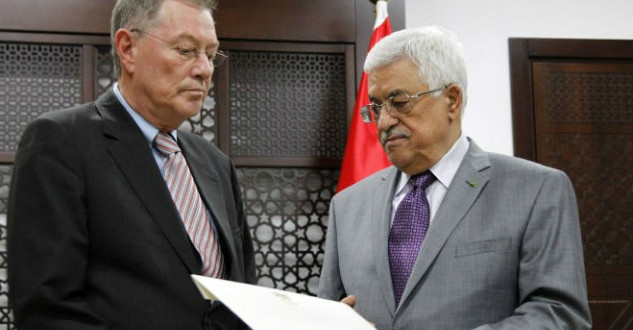 On Tuesday, the United Nations mediated a Palestinian-Israeli deal on the import of construction material to the Gaza Strip to ensure that they will not be diverted by Hamas members, a UN envoy said.

UN envoy for the Middle East Robert Serry said that the agreement on oversee the supply of construction material “must get up and running without delay”.

The deal was announced by Serry after a meeting of the UN Security Council. It will allow private companies to rebuild Gaza after the Palestinian enclave was ravaged by the 50-day war. It also addresses Israeli concerns that cement and other construction material might be used by Hamas to rebuild underground tunnels by setting up a UN monitoring system for the imports.

Egypt, supported by Norway, is set to host a Gaza donors’ conference on October 12th.

Serry also described the destruction in Gaza as “truly shocking”, with around 18,000 houses either severely damaged or completely destroyed, around 65,000 Palestinians seeking refuge in UN shelters and 100,000 Palestinians homeless.

Serry also appealed for the re-opening of crossing points to let in delivery material, emphasizing that quick action will provide a “signal of hope to the people of Gaza”.

“The crisis in Gaza is far from over and the window of opportunity to address critical needs and stabilize the situation is short”, he said.

Additionally, Serry appealed for action to “change fundamentally the dynamics in Gaza”, warning that “if we do not, Gaza could implode — or, yet again, explode — possibly with a new and even more devastating round of violence”.

After weeks of Egyptian-mediated negotiations, Hamas and Israel had agreed to a ceasefire in Gaza on August 26th, bringing an end to their most violent encounter in years. Indirect talks between the two are set to resume in September to discuss more long-term issues.

Gaza Strip israel people united nations 2014-09-16
Mona
السابق US: Combat “advisers” could get involved against IS in Iraq
التالي Syria: Regime airplane brought down by IS extremists