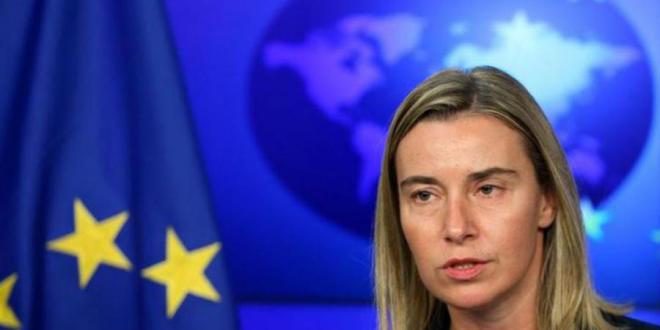 European Union Foreign Policy Chief Federica Mogherini on Monday stated that she would like to see a state of Palestine by the time her five year term ends. She added that for it to happen will require the EU to get more involved with the Middle East than it has been in the past.

The former 41-year-old Italian foreign minister said that one of her key goals during her term in office will be working towards finding a peaceful solution to the Palestine-Israel conflict.

Speaking to French newspaper Le Monde, Mogherini said, “What’s important for me is not whether other countries, be they European or not, recognize Palestine… I’d be happy if, during my mandate, the Palestinian state existed”.

To demonstrate her commitment to the peace process in the Middle East, Mogherini intends to travel to Jerusalem, Ramallah, Gaza and Tel Aviv for two days this week.

The Times of Israel quoted a senior Israeli official saying, “The fact that her first visit as EU foreign chief is to our region tells us a lot. We’re really hoping that she will have an open mind and try to represent a more balanced approached within the EU”.

The renewed aim of finding a peaceful solution to the Palestine-Israel conflict is part of a larger co-ordinated approach in the region, including attempting to calm relations between Israel and the Arab world, Mogherini said.
She also hinted that common threats like extremist group IS could bring together different players in the region who “so far have not shared a common interest”.