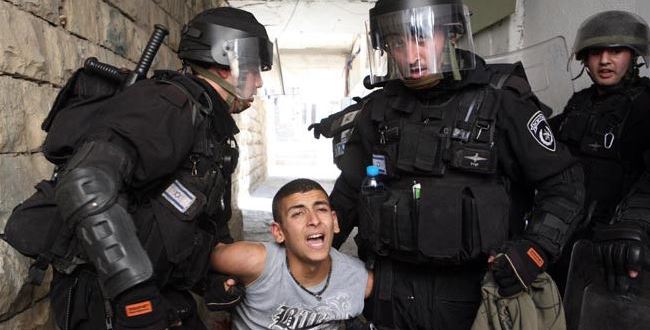 Israeli policemen overnight arrested over 23 Palestinians in east Jerusalem, Palestinian officials said on Monday; the crackdown transpired after months of clashes between Israeli police and Palestinian people in the city.

However, an Israeli spokeswoman said that only four Palestinians were arrested, and did not account for the people being held by other security forces.

The Palestinian were arrested from the Wadi Joz and Issawiya, both Arab neighborhoods in east Jerusalem, and the Old City, the Palestinian Prisoners Club said.

On Thursday, Israeli policemen had shot and killed a Palestinian, who they claimed was suspected of assassinating rightwing Jewish rabbi, sparking clashes between Israeli security forces and Palestinians in the city – security force personnel were reportedly using rubber bullets and tear gas against civilians protesting the arrest.

According to statistics given out by the Israeli police, over 111 Palestinians have been arrested due to the violence in east Jerusalem since October 22nd.

In recent days, police have tightened security in and around Easy Jerusalem – the neighborhoods of Silwan and Issawiya were barricaded with make-do checkpoints, local sources said. Tensions have soared in the eastern sector of the city ever since a Palestinian teenager was brutally killed in July by Jewish extremists as revenge for the murder of 3 Israeli teens in West Bank. Clashes picked up again on the recent weeks, resulting in the restricted ban of Muslims from entering the Al-Aqsa mosque, a compound in the heart of east Jerusalem’s Old City and holy to both Jews and Muslims.

According to the Palestinian Prisoners Club, over 7,000 Palestinians are currently being held in Israeli prisons, and 550 of them are in administrative detention – the law allows Israelis to imprison people for six month periods and for Israeli courts to indefinitely extend the detention.