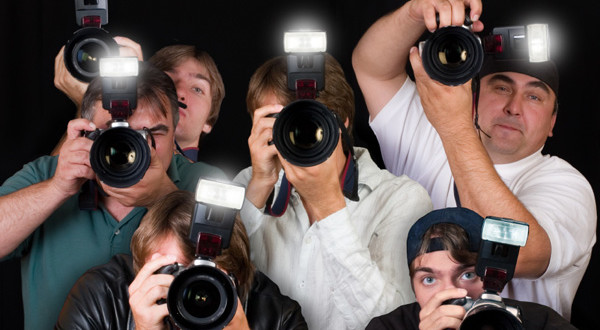 By  Ahmed A. Yousef

Not that long ago a celebrity was a person who was celebrated for an extraordinary feat. Today, we are bombarded from every direction by what seems like everyone trying to be a celebrity. Granted, the proliferation of digital cameras and the significant decrease in their size and increase in resolution and storage capacity, but the social ramifications resulting from technological advances are certainly extant. Today’s consumers of entertainment, almost everyone, see the idolized persons who frankly do not exhibit a single reason warranting the recognition and/or the associated financial rewards.

Numerous individuals are on so-called reality shows (the epitome of an oxymoron) and even more people watch such shows religiously. It is utterly obvious when one considers these shows that there is nothing real nor do they have much to do with reality. It is a well-known fact that reality shows are scripted. Astoundingly, reality shows hold auditions. Auditions are meant to demonstrate an actor’s ability to play a role. Why would a person be required to audition for a show if the role they will be playing is themselves? If a person is interested in seeing human emotions that are real and true, one should attend a theatrical play. Those people on stage are real, their portrayal of character role is real, and the emotions they exhibit are raw and real. Not to mention that one can attend the same play two days consecutively and not be bored, as those real people on stage have real lives and that changes from day-to-day making every performance unique. Whereas, reality shows are tremendously unoriginal and repeat the same theme in a horribly mind-numbing fashion.

Now, to examine the types of celebrities who star in these shows or have become celebrities as a result of them being on a reality show. Today’s youth are greatly disadvantaged in the selection of role models presented to them in the media. To consider a person to be a celebrity and have their photos plastered on posters and their life events regurgitated into our living rooms when their only claim to fame is a sex tape is a very dangerous message. The social fabric of our society is at risk of being eroded with every magazine cover, with every news story mention, and with every social media share. An entire generation is being raised to look up to those who have contributed very little if anything to the betterment of human kind; while researchers, scientists, and innovators are unknown and unrecognized. This dangerous course that society is set on encourages people to have plastic surgery, take nude photos, and/or film themselves doing anything and everything to get their 15 minutes of fame. This will not encourage a person to excel in their studies and bring forward their most brilliant ideas. Why would they? There is absolutely no incentive. All the incentives are pulling and pushing them to prey on society rather than contribute. While the discussion on wealth redistribution has begun, a significantly more vital discussion is yet to commence on the redistribution of recognition.

our readers can send their letters or articles to editor@arabdemocrat.com
people 2015-02-11
Mona
السابق The public officials who need locking up
التالي First Palestinian embassy in W. Europe opens in Sweden