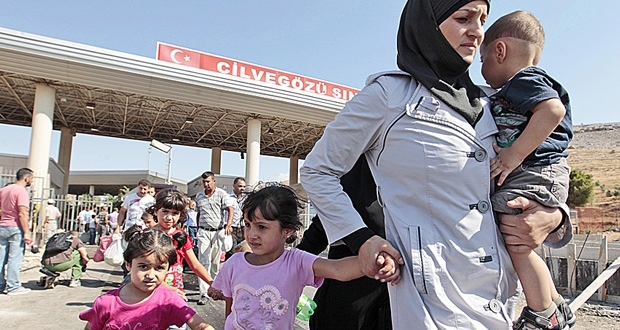 After slamming the Canadian government for not doing enough to help Syrian refugees, critics took Conservatives to task for being selective in picking the refugees who will get asylum.

Parliamentary secretary for the Minister of Citizenship and Immigration Costas Menegakis faced several questions from the New Democratic Party (NDP) in the House of Commons on Friday – Menegakis was unrepentant when he said that refugees from religious minorities will be given first priority.

“We will prioritize persecuted ethnic and religious minorities, those at demonstrated risk, and we will not apologize for that. We have seen countless examples, Mr. Speaker, in recent years of people being persecuted… because of their religious beliefs. To suggest that we are only going to focus on one group of people is categorically false”, Menegakis said.

However, he didn’t say which minority the Canadian government would “prioritize”.

Menegakis statement completely contradicts what his comments over a week ago on the issue.

“We don’t look at refugees or evaluate cases of refugees based on people’s religious beliefs or backgrounds”, he said on December 5th.

Menegakis’ comments were soon followed by harsh criticisms over the government’s stance on the issue.

“The barrel bombs that [Syrian President Bashar] Assad has been dropping do not discriminate whether you’re Sunni, Shia, Christian or another ethnic group. So the question is, why is this government discriminating when it comes to Syrian refugees?”, NDP Foreign Affairs critic Paul Dewar said on Friday.

“I don’t care what religion they’re from. If their need is great and Canada has pledged to take refugees, they should be accepted not on the basis of which religion they belong to”, Garneau said.

Humanitarian agency Amnesty International found the thought of being selective with regards to the crisis concerning.

““The cardinal principal when it comes to refugee protection is that those who are in the greatest need, those who are the most vulnerable, are the ones who should be protected. That should be Canada’s focus”, Amnesty International Canada secretary-general Alex Neve said.

Neve added that he was alarmed by the new focus on religious minorities.

“I think this statement today that there is going to be some prioritizing of religious minorities only adds to the concern that Muslim refugees may find that there is less options for them for resettlement to Canada. I am deeply troubled as a Canadian and as a human rights activist and someone concerned about refugees that we have not seen a meaningful and generous response from Canada to this resettling crisis”, he said.