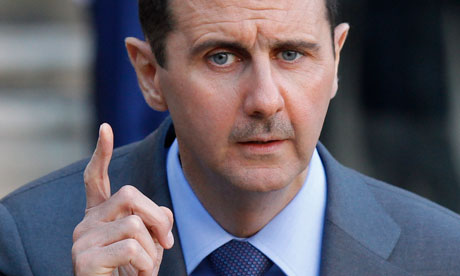 Airstrikes launched on extremist group Islamic State (IS) by the global coalition led by the US have had no impact, Syrian President Bashar Assad said, despite members of the offensive making claims of winning the fight.

“You can’t end terrorism with aerial strikes. Troops on the ground that know the land and can react are essential. That is why there haven’t been any tangible results in the two months of strikes led by the coalition. They would of course have helped had they been serious and efficient”, he said in an interview to be published in this week’s edition of the French magazine Paris Match.

The statement added that Kurdish and Iraqi forces, backed by the coalition, “are now reclaiming territory in Iraq”.
The statement was issued after US Secretary of State John Kerry met with European foreign ministers in Brussels. At the meeting, they agreed to develop a “multifaceted” strategy to combat the group, including cutting finance, stopping foreign fighters and “de-legitimization” of its social media-driven campaigns. Earlier, Kerry had warned that the fight against the group might take “years”.

During the interview, Assad also said that he doesn’t think about “death or life” when asked if he was afraid that he would suffer the same demise as Moammar Gadhafi and Saddam Hussein, both of whom were toppled from their posts after international interventions.

“I am doing my best to save the country. But I would like to emphasize one thing. My goal has never been to remain president, neither before, during, or after the crisis”, he said.