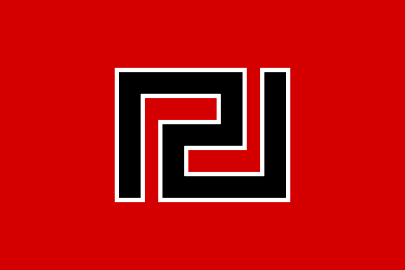 With isis here and isis there, here Isis, there isis, everywhere isis

This is the reality, and I don’t mean individuals who are connected with the group called Isis. I mean that fascists and bigots are everywhere. They all share the same principles and ideology. Yes same ideology. The ideology of hatred and intolerance. the ideology of forcing their ideology on others. The ideology of violence. The ideology of generalization. The ideology of Superiority. You don’t have to look hard for them, they are around you. Some of them run countries. Others have militias. some are promoting hatred online and on screens. Some has parties and winning elections.

Europe now is full of Isis like parties, extremist who are not ashamed of their intolerant agendas. The only difference is the way they arrive to power. Isis has to do it hard way by fighting the people in power whereas in Europe they did it the democratic way!.

Examples of isis like mentality are all over the world, but somehow some got ignored. Some called an appropriate self defence, actually,some called fighting terrorism, some called governing e.g. Iraq.

If we want some day to actually fight terrorism, we should start to use one standard. What you don’t want others to do, don’t do it yourself. It is impossible to chase every individual but we can start by not supporting them and publicise them. Supporting non democratic regimes is supporting terrorism in more than one way. By supporting government terrorism you support creating counter terrorism. And by spending all the time on the media talking about terror attacks you give the terrorists the publicity they want and promote hate too.

When countries fight and control the far right wings in their countries and make it illegal, then we can talk about eradication of terrorism and extremism.