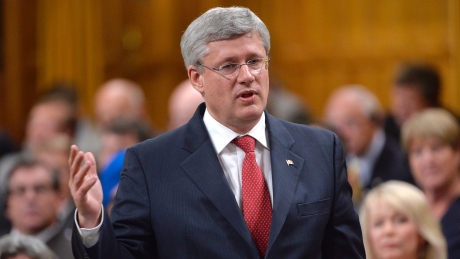 “A great evil has been descending upon our world, an evil which has been growing more and more powerful: violent jihadism.”

“Violent jihadism is not just a danger somewhere else, it seeks to harm us here in Canada — in our cities and in our neighbourhoods, through horrific acts, like deliberately driving a car at a defenceless man or shooting a soldier in the back as he stands on guard at a War Memorial.”

“Canadians are targeted by these terrorists for no other reason than that we are Canadians. They want to harm us because they hate our society and the values it represents.”

“Violent jihadism is not a human right, it is an act of war, and our government’s new legislation fully understands that difference.”

After reading these words, I had a hard time believing that they were uttered by a politician with a master’s degree in economics, presumably familiar with rationality. Evil? Descending? Hate? What is missing in the speech: heaven or maybe hell!

So what to do with this sort of paranoia or religious fever “descending” upon us? In a democratic and free society like ours, we have multiple choices: we can simply ignore these statements, embrace them and even defend them, or disagree with them and denounce them. I, for one, choose the last option and my scientific mind comes to my rescue. So instead of succumbing to fear, I resort to rationality in order to explore whether there is any truth in these words.

So let’s examine “violent jihadism.” What do these two words put together mean? But first, I am wondering how many Canadians really know the definition of “jihadism.” Personally, I wasn’t sure of its meaning. Of course, I know the meaning of “jihad” as it is an Arabic term with a literal meaning of struggle (emotional, spiritual and physical struggle) but the “ism” suffix makes the term a Western word so I am a bit confused about the new meaning of this hybrid. After consulting the online dictionary, here came enlightenment:

Jihadism: an Islamic fundamentalist movement that favours the pursuit of jihad in defence of the Islamic faith.

It is not very clear to me from this definition whether this movement is violent or not but it appears that Stephen Harper took some extra precautions to make sure that he is targeting the violent form of jihadism.

So according to this definition, if I struggle everyday to defend my Islamic faith, I would be considered an adherent of jihadism. I am already shaking in fear. If I conduct this struggle peacefully with simple words or arguments then I will be considered a simple jihadist but luckily I wouldn’t fall into the new category created by our prime minister. So my jihad will be non-violent and inshaAllah I will be saved from hell…oops, sorry, from the scoop of Bill C-51.

Then without any warning, Stephen Harper jumps from “violent jihadism” to terrorism. So is it OK to substitute one with the other? At this level of confusion, I don’t think it matters anymore. The more sophisticated words you use, the better it looks from the outside. It gives the aura of an expert in “Islamicism” (for the definition of this term, please ask Stephen Harper who owns the right to this trademark).

So I bet that for anyone who listens to this speech by Stephen Harper and who barely knows the difference between all these “barbaric” terms with exotic connotation, the equation becomes very clear:

Now let’s move on. To complete the proof of his theorem and in his attempt to make his case about evil, Stephen Harper evoked the two cases (terrorist, violent jihadist, just fill in the blank) where two troubled young Canadian men attacked two soldiers in two different locations in Canada. What is really troubling here is that so far no police investigation, no factual evidence was presented publicly to explain that these two men were linked to a terrorist group. We never heard about their real motives. Did they belong to a violent jihadist group? Did they work alone or under the instruction of a mentor? From what I read in the media, nothing like this transpired. What was clear though is that these were mentally disturbed individuals with some serious addiction problems, who found refuge in Islam. Do we know whether they hated our society or our values? I didn’t read this anywhere except in Stephen Harper’s speech.

So why don’t we do a bit of research here to see whether we need new anti-terrorism legislation to fight “violent jihadism.” Since 9/11, three main terrorist plots were thwarted by intelligence and police forces in Canada. The Toronto 18 case, Operation Samosa and the Via Rail terror plot. These three cases are the most prominent ones and the most publicized.

The common factor among these three cases is the crucial role, whether legal or not, of surveillance and entrapment.

In Operation Samosa, CSIS and the Canadian Border Services Agency used “extensive surveillance” and other police techniques to gather evidence. I didn’t find any public documentation about any role of an informant.

For the Toronto 18 case and for the Via Rail case, at least one Muslim police informant was used to “entrap” or at a minimum played a prominent role as an “agent provocateur” to propose ideas and encourage the men financially or through ideology to pursue their plans. For instance, in the case of the Toronto 18, Mubin Shaikh, was a Muslim who worked as an undercover counterterrorism operative to help the arrest of the 18 men. Another Egyptian Muslim who received millions of dollars for his entrapment role and who is now under the RCMP’s witness protection program, played an important role in the case as well. With the Via Rail plot, another Egyptian informant infiltrated the group and encouraged the two men to go ahead with their foolish plan and provided them with funds to buy equipment. Even recently in Ottawa, with the recent arrest of a young man, Awso Pashdary, suspected to recruit other young Muslim men to fight in Syria, a Muslim convert named Abdullah Milton, also under the RCMP witness program, seems to have played a role in the surveillance and the arrest of the young man.

So if these arrests happened and are made possible through surveillance and infiltration, why do intelligence officers need more legal tools to do their work? What makes Prime Minister Harper think that we are in dire need of new legislation? To legalize what was already being done illegally? To save us from the evil descending upon us? Is it a new “evil” this time? Didn’t Harper prove that “Violent Jihadism” = “Terrorism”? So what is different this time?

My opinion is that this increase in power is intended to spy not on terrorists — as I just showed above, they are already being spied on, disrupted, infiltrated and arrested. The real targets are the rest of us, all the citizens. The more surveillance conducted on us, the more controlled we become. The more frightened we become, the more easily we accept new laws without questioning their real intentions and motives. Even if we don’t have anything to hide, knowing that someone is watching over our shoulder, bugging our phone or reading our comments on Facebook, we will either censor ourselves or simply keep quiet.

Meanwhile, the information collected on our behalf can be used to falsely incriminate us (remember Maher Arar), sent to the Canada Revenue Agency to be used against us (if you don’t believe me, read this), shared with foreign agencies or added to the no-fly list with not even a possibility to challenge it.

So who will conduct “surveillance” on CSIC, RCMP, CSE? Who cares — evil is descending upon us. Maybe it is already among us. Who knows?

Monia Mazigh, an author and a human rights activist. writes on political affairs and on social issues. she best known for her efforts to free her husband Maher Arar from a Syrian prison. Read more in Her blog Monia Mazigh
bill_c_51 Canada extremist government human rights Muslim Brotherhood people police Stephen Harper terrorist US violence war 2015-02-19
Mona
السابق Parking Space Terrorism: Time for Action after Killing of Three US Muslims
التالي Who are the millionaires behind the Islamophobic industry in America?