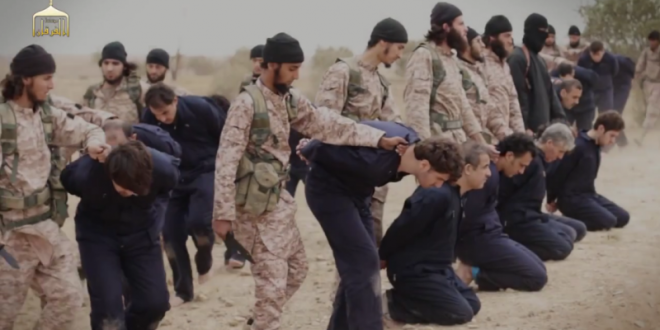 Authorities investigating the brutal Islamic State (IS) video claiming the execution of US aid worker Peter Kassig on Monday speculated on the identities of the killers involved in the video. The simultaneous beheading of Kassig and at least 18 Syrian security force personnel had sparked global outrage, with US President Barack Obama labeling it “an act of pure evil”.

The video shows the Syrian men each kneeling before a different executioner before being killed; the faces of the executioners were uncovered.

Among the IS executioners were some known foreign fighters, including a Frenchman, and possibly an Australian, a Dane and a Briton.

French authorities identified one militant as 22-year-old Maxime Hauchard, who left for Syria last year from his small village in Normandy. According to the Paris prosecutor’s office, “circumstantial evidence confirms the involvement of a Frenchman in the decapitation of Syrian prisoners shown in an IS video released on Sunday”.

Hauchard, who was interviewed by French TV station BFM in July via Skype, had said that he decided to join the militant group after watching their videos.

“The personal objective of everyone here is (to become a) shahid (martyr). That is the greatest reward”, he had said.

Thousands of foreign fighters have joined the IS in Syria and Iraq, with experts suggesting that they are among the most brutal and violent of the extremists. An IS extremist with a British accent, who had been the center of all attention in previous IS videos, also appeared in Sunday’s video.

The father of another British foreign fighter in the IS initially told the media that he had seen his son in Sunday’s video, by later retracted his statement, saying that he was mistaken. Britain’s Foreign Office did not comment on the suspected identities of the foreign fighters, but a spokesman said that it was “analyzing (the video’s) contents”.