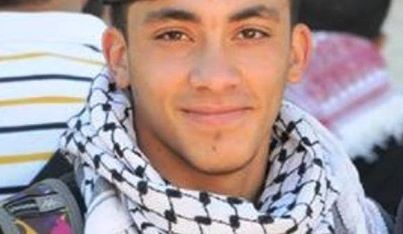 Defense for Children Palestine (DCI-Palestine) this past week released a shocking video which clearly showed that two young Palestinian men were killed by IDF soldiers last Thursday while they were walking near the Nakba Day protest site outside Ofer Prison in West Bank.

Previously, IDF officials maintained that the Palestinian teens had thrown firebombs and stones at the IDF soldiers, and that the soldiers did not fire live bullets in response. In fact, Libby Weiss, spokeswoman for the IDF had told The New York Times that “they [IDF soldiers] used nonviolent means to try and disperse the crowds”.

The video released by DCI-Palestine clearly shows that 16-year-old Mahmoud Odeh Salameh and 17-year-old Nadeem Siam Nawara were neither holding any weapons or rocks nor where showing signs of aggression or posing a security threat before they were shot dead by the IDF soldiers. One of the young men was shot in the chest when he was walking down the street, while the other was shot in the back. They were pronounced dead in the Palestine Medical Complex in Ramallah.

Rifat Kassis, executive director of DCI-Palestine, said that “Israeli forces continue to use excessive force and recklessly fire live ammunition and rubber-coated metal bullets on unarmed protesters, including children, killing them with impunity” and that while “Israel claims to open investigations into such incidents, they are not transparent or independent, and seldom result in a soldier being held accountable.”

Their deaths bring the total death total of Palestinian children killed by Israeli forces to four so far this year. 1,652 children, 1,404 of them Palestinians, have been killed in the Occupied Palestinian Territory since 2000.