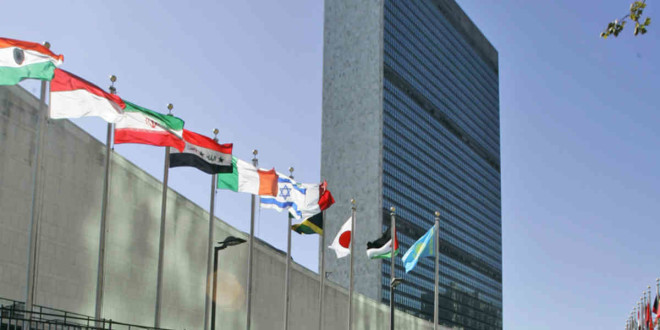 The Palestinian Authority (PA) on Wednesday presented its draft UN resolution laying out terms for a peace deal with Israel, but made room for negotiations on the text so as to avoid conflicts with the United States. The draft resolution will set a twelve-month deadline for wrapping up the deal and complete Israel’s withdrawal from the occupied Palestinian territories by the end of 2017.
The document was presented in the UN Security Council by Jordan, Riyad Mansour, Permanent Observer for Palestine to the UN, told reporters, thanks to European and Arab nations for their help. He also indicated that he will not press for a quick vote so as to allow for more discussion, hinting at an open invitation for the US to engage on the initiative.
“We will continue negotiating with all of them and with the Americans if they are ready and willing so that we perhaps can succeed in having something adopted by the Security Council to open a serious door to peace”, Mansour said.
The Palestinians have earlier stated that they wanted a quick resolution, but have since backed away, seemingly due to pressure from Arab nations, who want a draft the US deems acceptable. The US has on several occasions vetoed any Security Council resolutions that seem to undermine ally Israel.
The current draft calls for a “just, lasting and comprehensive peace solution that brings an end to the Israeli occupation” and “fulfills the vision” of a future state of Palestine with Jerusalem as the shared capital. It also calls for the final settlement to be reached 12 months after the resolution is adopted. It also provides for a phased Israeli expansion from the occupied territories according to a timeframe “not to exceed the end of 2017”, a provision which will likely be opposed from the US.