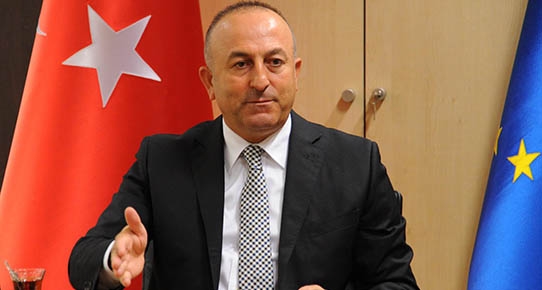 Turkey’s Foreign Minister Mevlut Cavusoglu on Tuesday warned that 2-3 million more Syrian refugees could enter the country if the Syrian city of Aleppo is overrun by either regime or extremist forces. Turkey already hosts 1.5 million Syrian refugees and has repeatedly stated that it can barely support the overwhelming number of refugees.
Cavusoglu also said that supporting the rebel battalion Free Syrian Army (FSA) is the only option the international community has against what Turkey considers as the dual threat of President Bashar al-Assad regime and the Islamic State (IS).

“The main force fighting both ISIS and the Syrian regime today is the Free Syrian Army. But it has failed to achieve the desired outcome because it is fighting against both groups”, Cavusoglu said at a joint news conference in Ankara alongside Finnish counterpart Erkki Tuomioja.

Cavusoglu also said that there was little difference between the regime’s forces and IS’ militants.
“Both of them are killing people brutally and don’t refrain from using any kinds of weapons at their disposal. Both force people to flee their land. An advance on Aleppo would mean an influx of two to three million people to the Turkish border”, he said.

He added that a weakening moderate opposition in Syria and FSA would “result in the advance of the unstoppable ISIS as well as the regime” and “will make Syria even more unstable”.
“Therefore, the advance of both of them should be halted”, Cavusoglu said.

Ibrahim Kalin, senior aide to Turkish President Recep Tayyip Erdogan, seemed to echo Cavusoglu’s opinions, saying that there was an “unholy alliance” between Assad and IS which has to be broken by the FSA in the battle for Aleppo.

“If Aleppo is allowed to fall, it would be the loss of any hope for the future of humanity in Syria”, he wrote in the Daily Sabah paper on Tuesday.

Turkey has repeatedly demanded the dismissal of Assad as Syria’s head of state, saying that it is the only permanent solution to the Syrian crisis. It is concerned that US-led airstrikes against IS might strengthen Assad’s regime. For the past few months, Turkey has been looking to convince the US to take up a three-pronged approach against Kurdish fighter, Assad and the IS, but its arguments seem to have made little headway in Washington.