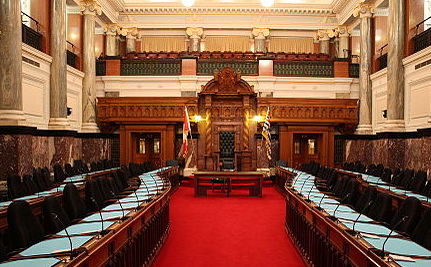 Does the National post of Toronto have a grudge against climate scientist Andrew Weaver? Well, from 2009-2010, it certainly seemed to be the case. Article after article decried Weaver as a “climate alarmist” and “Canada’s warmest spinner-in-chief.”

However, it looks like Weaver had the last laugh, when, after filing a lawsuit for defamation, he was awarded 50,000 Canadian dollars in damages, and the removal of all articles containing ‘libelous’ or misquoted material from the web.

It was a hotly watched court case, by both scientists and journalists that went all the way to British Columbia’s Supreme Court. On Thursday, Justice Emily Burke concluded that the National Post, its publisher Gordon Fisher and three columnists, Peter Foster, Terence Corcoran and Kevin Libin “definitively espouse a skeptical view of climate change and are unwavering in their expression of this…While certainly entitled to express those views, in this case as part of that expression, they deliberately created a negative impression of Dr. Weaver.”

Weaver, who has been one of Canada’s most prominent climate scientists and is now a Member of the Legislative Assembly for the Green Party in BC, said that he was “thrilled” by the results of the case. He also stated that he had asked the National Post to remove the offending articles many times in writing. They refused to do so, and as a result Weaver was subject to harassment regarding his ethical and scientific principles. He said that he set out to exonerate himself from misquoted and defaming articles, and that’s exactly what this ruling has accomplished.

It also draws an interesting line in the sand as the judge ruled that the National Post must “expressly withdraw any consent given to third parties to re-publish the defamatory expression and to require these third parties to cease re-publication.” Meaning that this case could set a precedence in how information is shared along the internet in Canada, and what that means when information is ordered to be taken down.

The National Post and the columnists involved to have the right to appeal within 30 days, but their lawyer has stated that it is too early to say whether they’ll take this action or not.

This is not the first time that the National Post has gotten attention for creating falsehoods or having a particular bias. In 2006, they ran a front page news item reading: “Iran Eyes Badges for Jews” which stated that the government in Iran would soon force its Jewish citizens to wear badges much like Nazi-era Germany. This story was proved false shortly after it ran, but not before it was picked up by a number of other media houses.