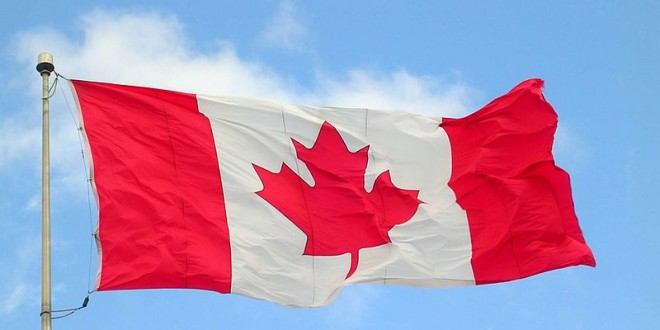 By Ahmed A. Yousef
Immigrants may just have it significantly better than non-immigrants. Think of it this way, being at a crossroads of old country and new country, leaving behind one society and joining a new one. This is an ideal position for one to leave behind all those traditions, customs, and aspects of the old culture that are considered push factors, while embracing the traditions, customs, and aspects of the new culture that are considered pull factors. A very wise man (my father) once spoke to me about this very same topic and used the analogy of a watermelon. He said that while a watermelon is very delicious, one does not eat it whole. One eats the very sweet flesh of the watermelon leaving behind the not-so-tasty outer shell and those pesky little seeds. Society is no different; we should eat the sweet bits and leave behind others. This is why immigrants are in an enviable position. They can take the sweetness of both societies and leave out what they do not want, thereby forming their own unique identity, and as a bonus no one expects them to fit into any one mold. They have the ability to truly start anew.

This also places a great amount of responsibility on first generation immigrants though, as they will set in motion a culture that will last for generations beyond their lifetime. Therefore, they must be truly conscience of how they conduct themselves. And, unlike the melting pot (not such an appetizing thought) south of the border; Canada is more of a salad (YUMMIE) where each component serves a purpose and provides its own flavor that works into making the entire dish so delicious, yet each component retains its own identity and texture. It is the ideal place for immigrants to choose their path and to better their situation while contributing positively to their new country. Canadians are some of the most welcoming kind-hearted people in the world, and newcomers must consider that they are coming into this type of society and leave behind the jaded parts of themselves to allow space for Canadian kindness to fill their hearts.

Of course, the responsibility falls on immigrants to consider and carefully study these factors well before making their move. They must weight out Canadian society and see whether the positive or negative side tips the scale; if the former, then they are ready to become part of this society. If the latter side tips the scale, they need to consider a different place. It makes no sense for one to move to a place where liberty and equality are the main attractions and are highly celebrated aspects of society, then turn around and criticize or worst yet attempt to change those aspects of society. Changing the very thing that attracts one to immigrate is simply ludicrous, and should require a head check. And, the same open door is available for those who grow to disagree with the direction society is moving in. This two-way street should be open to traffic. Those who disagree with Canadian values, culture, and society should be encouraged to leave. But, please don’t come back. Those of us who are happy with how Canada is do not want to worry about our safety and security because you went to a dark corner of the universe and are now carrying parts of it within you. If you wish to leave, renounce your citizenship and do not demand us tax payers to pay for your medical expenses, evacuation, extradition, detention, and/or imprisonment. We simply do not wish to provide for those who do not want to be part of our society, I think that’s fair.

It’s sad to see Canadian born and raised youths leaving to join a terrorist organization; this is the reason for emphasizing the conduct of first generation immigrants at the outset. These young men and women who have not themselves seen the not-so-pleasant things that made their parents immigrate to Canada have not received genetic coding that makes them want to swan dive into a meat grinder. They have received an upbringing that has made them prefer the meat grinder to peace, security, and prosperity. It is the duty of the parents to raise their children with the best of values. This cannot be achieved simply through preaching, this can only be achieved through practice. When a child grows up with a parent that is fair, peaceful, and overall a good person they will mimic the same behavior patterns. Therefore, parents must raise themselves before attempting to raise their children. And, for those who may be beyond saving I encourage the introduction of legislation to automatically strip Canadian citizenship from individuals who join any non-Canadian government sanctioned military. This way, the government can still have its troops and personnel participating in military exchange programs and also guarantee those holding dual citizenship to be conscripted as required without issue. As for those who join any militant organization, faction, and/or group that has not been sanctioned by the Canadian government, we do not want to give them sanctuary and/or put our tax dollars to serve their well-being. This is not a reaction nor is it a harsh measure when one considers that it was them who first walked out on Canada. Canada cannot afford to be committed to persons who are not committed to it!