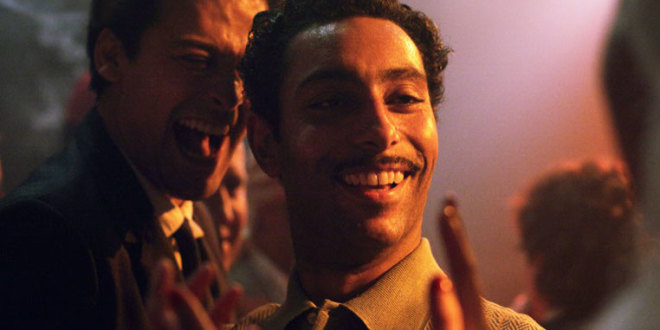 The Man from Oran

Overshadowing, perhaps, even the bloody civil war that subsumed the country throughout the 90s and seeped insidiously into the early 2000s, the War of Independence remains, as one could well argue, the single most important and defining event in modern Algerian history. Beginning in the mid-1950s, only a short while after Gamal Abdel Nasser’s rise to power in Egypt and the CIA and MI6-backed coup d’état that overthrew the democratically-elected Iranian Prime Minister, Dr. Mohammad Mossadegh, scores of Algeria’s valiant sons and daughters, following in the footsteps of the revered mid-19th century nationalist hero Abdelkader Djezairi, once again took up the struggle against French colonialism. Since the Algerians’ unlikely victory and the creation of their state in 1962, the War of Independence has become the stuff of legend, both on a sociopolitical level, as well as where the arts have been concerned.

Gillo Pontecorvo’s rousing The Battle of Algiers, released only four years after the founding of independent Algeria, forever linked the director’s name with the unforgettable episode in Algerian history; and, in its wake, myriad other films and works of art have followed, from Mohammed Lakhdar-Hamina’s 1975 epic, Chronicle of the Years of Fire, to Said Ould-Khalifa’s Zabana! and Asad Faulwell’s Les Femmes d’Alger series of mixed media works. What is interesting to note, when regarding such artistic products, is not only the way in which the War of Independence inspired their creators and how such artists chose to tackle the historical moment, but also the fact that, for the most part, they focus largely on the events during and preceding it. In such works – to oversimplify things and generalise, of course – the Algerians are presented as nationalist heroes fighting the proverbial struggle against fascism, imperialism, and foreign occupation, and their victory the dawn of justice, freedom, and progress for a people who have finally smashed the fetters of colonialism. While such narratives are stirring, evocative, and, in many cases, very faithful to actual events, they can often leave one wondering about the aftermath of the war as they try to connect the dots from the jubilation of the early 60s to the civil war and present-day Algeria.

Taking a road less travelled, director Lyes Salem’s The Man from Oran depicts, using fictional characters, the little-related story of the events succeeding the Algerian victory in 1962. Salem’s film follows Djaffer – or, Jeff, as his friends call him – a simpleton who becomes involved with the struggle for independence alongside his friend, Hamid. After a scuffle which sees Djaffer unwittingly take the life of a French farmer whilst he and Hamid are on the run, Djaffer goes on to fight in the war and emerge a hero. Victory, however, does not taste so sweet for him, as when he returns home, he discovers his wife is dead and has left behind the bastard child of the farmer’s son, the latter having avenged his father through raping the former. Hamid, on the other hand, enjoys life as the country’s first President and the suave, dashing face of a new and modern Algeria.

[Salem’s film] … is a reminder of the ideals of the revolution, the hope once foreseen for the Algerian people, and the promise of what the proud Berber nation could have – and still can – become

Evoking the air of the closing scenes of fervour and passion in The Battle of Algiers, the first years of postwar Algeria in Salem’s film are heady, intoxicating, and full of promise for the general populace as well as Hamid and Djaffer and all their comrades who fought by their side in hope of a free nation. While Hamid revels in his newfound fame and glory, Djaffer – having been given a ministerial position by the new President – begins dreaming from behind his imposing desk and the daunting flag behind it of a progressive Algeria that will one day join the space race and create clients for its lumber even amongst Canadians. Unlike the image of bucolic proletariats they had exuded prior to their victory, Salem’s heroes appear as dapper, urbane socialites in bespoke suits, sporting immaculately slicked back hair and a host of glitzy accoutrements. Nowhere are signs of traditional Algeria to be seen, with barely a burnous or baboosh in sight; rather, the atmosphere here looks like something out of Hollywood, replete with cabarets, swanky bars, cheap thrills, playboys, and pop singers. Welcome to Algiers, baby.

As Hamid and his gang slowly develop a taste for Western luxuries, though, and an Orwellian metamorphosis à la Animal Farm begins to take place, things start to take a downward turn. Hamid, perhaps forgetful of his humble origins, begins to play the role of the great dictator, whose madness reaches an apex when he gives orders to his cronies to ‘rough up’ one of his and Hamid’s closest friends, whose only fault was that he still managed to hold on to the ideals he fought for, and began vocalising his distaste for the government. Djaffer, on the other hand, slavishly succumbs to the sybaritic lifestyle that was once so alien to him, and which he initially shunned upon his return from the war, while struggling to deny the truth about his adopted son’s background as well as hide it from him. Only a short while after they had ushered in, with the help of their comrades, a new and seemingly bright chapter in Algerian history, Hamid, despite his wealth and influence, finds himself utterly alone and ailing in health, surrounded by mere sycophants who would rather see him dead, while Djaffer – the man from Oran – appears as a morose, washed-up, alcoholic has-been frequenting Algiers’ many dens of iniquity drunk on whisky. Though the characters are fictional and Salem insists there are no references to actual individuals, it would not be farfetched to regard his film as a reflection on modern Algeria, and a possible explanation for the country’s current state of affairs.

While for the most part, The Man from Oran provides a scathing commentary on Algerian history and politics, it also touches on various cultural aspects that are often overlooked by those unfamiliar with Algerian and North African culture. In a scene where Hamid and his friends are discussing the possibility of Algeria participating in a promising summit of leaders from the Arab world, an argument ensues over whether or not Algeria can truly be considered part of the Arab world, and Algerians as being Arabs. ‘My mother is Berber, speaks Kabyle, and knows not a word of Arabic’, says the friend who was later battered and left for dead. For Hamid, though, progress takes precedence over culture, and the tensions between a dominating, hegemonic culture and an indigenous one reach their climax when Djaffer informs his employees that henceforth classical Arabic will be spoken on his factory’s premises – despite the fact that neither the employees nor Djaffer know how to apply the language to the technical jargon bandied about there. ‘How do you say hacksaw in classical Arabic?’ he asks a dumbfounded worker. ‘… Al … hak … saoow?’

Given that such few films distributed in the West about the Algerian War of Independence have focused on, or even touched on its aftermath, Lyes Salem’s film comes as a much-needed and insightful account of an often-overlooked chapter in Algerian history, however fictional its characters may be. Whereas his contemporaries and forebears have portrayed with emotion, artistry, and ardour the plight of the Algerian nation, its people’s struggle for freedom, and the dignity restored through the founding of the independent Algerian state, Salem recounts the disheartening aftermath of the war, the growing pains associated with it, and the fall from grace of a country that was once seen as a beacon of light and promise in a tumultuous mid-20th century Arab world. As degenerate and dissolute as his former heroes grow to become, and as dark a picture as he may paint at times, the film is much less a castigation of those who fought during the war or helped found modern Algeria than it is a celebration and reminder of the ideals of the revolution, the hope once foreseen for the Algerian people, and the promise of what the proud Berber nation could have – and still can – become.

Joobin Bekhrad Joobin Bekhrad (BBA, MSc.), an award-winning writer, is the Founder and Editor of REORIENT, as well as a co-founder of artclvb, an online platform for contemporary Middle Eastern art. He is also the author of a new translation of Omar Khayyam’s poems from Persian into English.
Algeria dead people war 2014-12-05
Mona
السابق Yemen: car bomb blows up near Iran ambassador’s house
التالي Bahrain: rights activist jailed for “insulting” the king; “unwelcome” US envoy returns to embassy