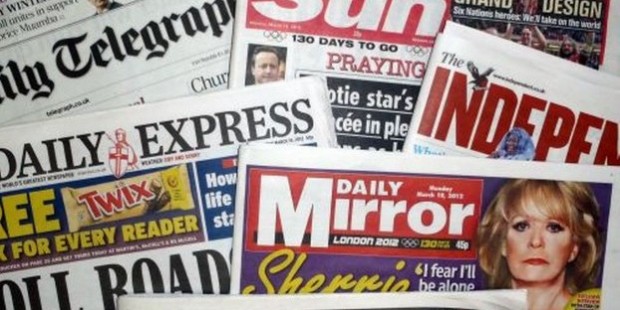 The Criminalisation of Islam in The British Media

Professor Paul Baker of Lancaster University carried out a unique research entitled, ‘The Representation of Islam and Muslims in the UK Press 1998-2009‘. Along with three other academics, Professor Baker embarked on a rigorous study that involved the analysis of more than 200,000 articles, equating to over 147million words of journalism. The use of “corpus linguistic methods” in creating an “acceptable bias” was amongst other objectives of their endeavour.

There were some interesting conclusions that were drawn from the research:

– For every positive article there were 21 negative articles.
– Words such as “extremist”, “radical”, “terrorist”, “fundamentalist” and “cleric” have become synonymous to Muslims in the media.
– The use of “moderate Muslim” is used in every positive article, and it appears that “moderate Muslims” are conveyed as good for not being “fully Muslim”.
– Many newspapers that publish anti-Muslim/Islamophobic bloggers/columnists exploit the PCC’s (now IPSO) defence of “individual robust opinions”.
– Muslims as a religious minority tend to be guilty by association of faith for the crimes of a minority of their coreligionists.

The political context behind the above findings were the 9/11 attacks, the subsequent War on Terror, the invasion of Afghanistan and Iraq, and the 7/7 bombings in London. However, the demonisation of Islam and the biased coverage of Muslims have worsened since.

Whether it’s women’s dress code, halal meat, support for the Syrian revolution, Ofsted downgrading schools, charities, banning speakers from universities, human rights activists or aid workers, the criminalisation of Islam and Muslims in the British media has increased since Professor Baker’s research. The disproportionate coverage of crimes committed by Muslims in comparison to non-Muslims, and the constant reference to a Muslim’s religion when it has no relevance to a story is also another emerging pattern in recent times, especially after the murder of British soldier, Lee Rigby, in Woolwich last year.

The coordinated propaganda against Islam in the media is occurring for a reason, and that reason is to fan Islamophobia in order to create an atmosphere of hate, distrust, suspicion and fear of Muslims. By successfully achieving this, the government can continue with its foreign policy in the Middle East, which is the actual cause of terrorism and extremism at home, and pass anti-terror laws that contravene some of the most basic human rights.

What’s interesting is the media and government’s application, or rather the misapplication, of the term ‘extremism’. Under the government’s anti-terrorism Prevent strategy, ‘extremism’ is defined as: “The vocal or active opposition to fundamental British values, including democracy, the rule of law, individual liberty and mutual respect and tolerance of different faiths and beliefs. We also include in our definition of extremism calls for the death of members of our armed forces, whether in this country or overseas“.

So it came as no surprise when The Telegraph’s very own “Muslim hunter”, Andrew Gilligan, who’s list of victims include Mayor Lutfur Rahman (former Labour councillor of Tower Hamlets), Mehdi Hasan (Political director of Huffington Post UK), Baroness Sayeeda Warsi, Federation of Student Islamic Societies (FOSIS) to name just a few, wrote an article attacking Muslim charities linked to Syria. Ironically, one of the charities Gilligan targeted was Al-Fatiha Global, the organisation which murdered British aid worker Alan Henning worked with. Obviously, Gilligan didn’t have the audacity to brand the deceased aid worker as a terrorist sympathiser, but he had no problem accusing Henning’s good friend, Majid Freeman, of being an “ISIS defender“. Nor did he have any concern accusing a mainstream Muslim missionary organisation, the Islamic Education and Research Academy (iERA) of influencing Britons to join ISIS.

Sources at iERA informed me that even after the incriminating article published by The Telegraph; Gilligan was personally invited by the CEO for an open discussion in an attempt to clarify the repetitive misconceptions and labels applied to them – to which Gilligan “politely refused”. Yesterday, the Vice-Chairman of iERA, Saqib Sattar, issued an open letter to the editor of The Telegraph, Ian MacGregor, to define “extremism” – a seemingly genuine call to rational dialogue which I’m sure will also fall on deaf ears.

Nevertheless, British Muslims should challenge the government and the media without hesitation on its definition of “British values” and “extremism” – terms which have become political yardsticks to censor and criminalise established Islamic beliefs. Unfortunately, for many Muslim charities like Al-Fatiha Global and iERA, they fear the wrath of the Charity Commission, which has not only been exposed for targeting Muslim groups, but also applies Prevent’s definition of extremism when claiming to “safeguard” charities. With the threat of having their accounts frozen due to being labelled “extremists” when there isn’t a set legal definition, what hope do Muslim charities have in continuing to be the leading example of generosity in the UK?