أخبار عاجلة
الرئيسية » أخبار عاجلة » The B Vocabulary: The Western Left and Its Sterile ‘Field of Ideas’ 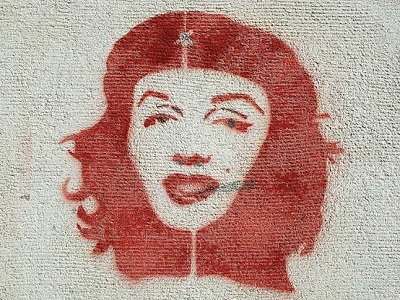 The B Vocabulary: The Western Left and Its Sterile ‘Field of Ideas’

Over the year, I realized that the term ‘left’ is not exclusive to a political ideology, but a mode of thinking championed mostly by self-tailored ‘leftist’ western intellectuals. I grew to dislike it with intensity.

But that has not always been the case.

My father was a communist, or so he called himself. He read the translated work of great communist and socialist thinkers, and passed on to me his own reading of what a socialist utopia could possibly be like. Living in a squalid refugee camp in Gaza, locked in by a heavily militarized sea to the west, and various Israeli ‘death zones’ everywhere else, a proletarian utopia was a great idea, where the peasants and the workers ruled unhindered.

Of course, there was a reason that made the fantasy particularly meaningful. Before the establishment of Israel on the ruins of historic Palestine, most Palestinians, who constituted the majority of the refugees after the war of 1948, were fellahin – or peasants. Following their forced expulsion into refugee camps, lacking land to cultivate, they became cheap laborers, especially after the war of 1967, where all of Palestine was colonized by Israel. No collective anywhere in the Middle East experienced such historical tension in a relatively short period of time as did the Palestinians.

My family, like numerous others, became peasants-turned-workers; in fact that marking became part of the refugees collective identity.

While the political manifestation of socialism failed in Palestine, socialist thinking prevailed: anti-elitist and revolutionary to the core. Even those who subscribe to other ideologies, including Islamic thinking, have been influenced one way or another by early Palestinian socialists.

But Palestinian revolutionary socialism, at its peak in the 1960s and 70s, was rather different from the ‘left’ I experienced living in the West. The latter seemed more detached, less risk-taking, driven by groupthink and lacking initiative. It was also patronizing.

Even in my early twenties, I still couldn’t comprehend how a group of self-proclaimed ‘leftist’, who largely existed on the margins of mainstream politics had the audacity to cast judgement on Palestinians for resorting to armed struggle to fend off a very vile and violent Israeli occupation, and busied themselves debating what constituted ‘humanitarian intervention’.

While socialist movements in the south, from Asia, to Africa, to the Middle East to South America took real risks to bring about social equality and political paradigm shifts, many in the West offered ‘solidarity’, yet largely reserved for themselves almost a total hegemony over the socialist political discourse.

They dominated and perfected the language, and dictated the platforms from which ideas – loaded with the right terminology, but vacant of any practical meaning and removed from real-life situations – are imparted.

Like the rest, I parroted the same language, of colonialism and imperialism, hegemony and class struggle, skipping from South America, to Angola and South Africa, to Indochina.

But many gaps in the perfectly summed-up understanding of the world befuddled me.

Firstly, I never understood why those who speak on behalf of the global ‘left’ are so far removed from the actual battlefield and mostly engaged in the ‘battlefield of ideas’.

Secondly, I found it strange that while leftists are meant to be critical thinkers, many of those who spoke as leftist gurus, tended to parrot recycled thoughts, which they embraced as if religious doctrines. ‘Where is the Palestinian Gandhi?’ I was asked by numerous leftists as if the inane question, which reflects more ignorance than inquisitiveness, is a talking point, handed down and repeated without thinking.

Thirdly, I found many western leftists largely oblivious to international conflicts that don’t involve directly or otherwise western hegemons. For example, there are many conflicts that are brewing in Africa right now, from Congo, to Burundi, to the Central African Republic to Sudan and elsewhere. Almost none of them ever register on the leftist radar as long as there is no palpable link to western governments or corporations. Only then, the lives of the Congolese, for example, would register; only then would Sudanese become ‘comrades’ and selected few of them would be celebrated as heroes, while others are cast aside as villains.

How long did the Syria conflict carry on before the western ‘left’ began to formulate a stance? Months. The conflict was just too involved, and initially removed from western engrossment that only few knew what to think. Only when western governments began pondering war, urged on by their regional allies, did the left began to formulate a position around the same old discourse. While the West and their allies had their own sinister reasons to get involved in Syria, the war in Syria, as the war in Libya before it, was not as simple as picking and choosing the good guys versus the bad guys. While vehemently rejecting western military crusades that have wreaked havoc is an admirable act, turning local dictators into modern-day Che Guevaras reflects recklessness, not camaraderie.

Fourthly, if conflicts throughout the so-called Third World are determined largely, if not entirely by western hegemons, then where is the element of agency in the local actors in these conflicts?

Are local populations so submissive and docile that they are hardly considered a factor in determining the outcomes of any conflict? What about regional players? How about the historical context of national and regional conflicts and struggles? Do ordinary people, when they behave as a collective, matter at all?

This belittling view of any other actor aside from western governments, although sold as if global solidarity, carries a degree of racism, where only the ‘white man’ determines the flow of history and outcomes of conflicts. Everyone else is either a helpless bystander or a ‘client regime’ that receive a ‘cut’ from the colonial spoils once the bad deed is done.

Which brings me to my final point: The left’s insistence on the ‘client regime’ theory is beyond limiting, yet, many find it impossible to challenge. When some rightfully noted that Israel had much greater sway over American politics than the traditional ‘client regime’ theory suggested, many leftist intellectuals threw a tantrum. For them, accepting that there might be a need to examine fixed ideas on how power relations play out, meant that the entire discourse is in danger of collapse, from Cuba, to Angola, to Indochina.

In 1984, George Orwell wrote of the ‘B vocabulary’, which “consisted of words which had been deliberately constructed for political purposes: words, that is to say, which were intended to impose a desirable mental attitude upon the person using them.”

While conflicts brew throughout the globe, demanding critical thinking, mobilization and action, many in the standardized western left are actively engaging in branding others who dare disagree with them (thoughtcrime). They resort to the Orwellian ‘newspeak’ and overused dogmas that seem to give them more comfort than true understanding of the world at large, a world that exists beyond the West and its ‘battlefield of ideas’. Dr. Ramzy Baroud has been writing about the Middle East for over 20 years. He is an internationally-syndicated columnist, a media consultant, an author of several books and the founder of PalestineChronicle.com. His latest book is My Father Was a Freedom Fighter: Gaza’s Untold Story (Pluto Press, London).
israel refugees syria war 2015-07-07
sherehan
السابق Canada: Man arrested after tying helium balloons to chair and flying over Calgary
التالي Saudi Arabia: Possible New Flogging for Prominent Blogger