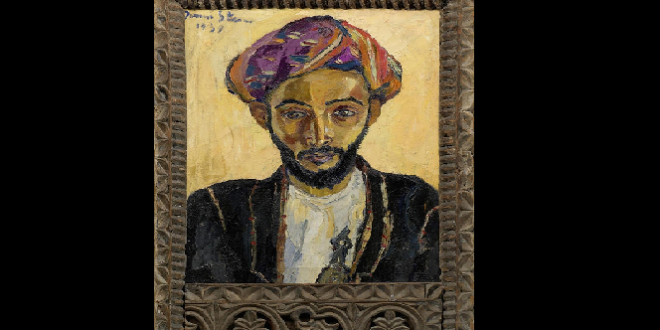 This week, a forgotten Irma Stern painting has been unexpectedly found in a London apartment.

Hannah O’Leary, a Bonhams expert who specializes in South African art, reportedly recognized Stern’s 1939 painting, titled Arab in Black, during an appraisal visit. “I spotted this masterpiece hanging in the kitchen covered in letters, postcards and bills,” she said.

According to reports, the current owner inherited the piece from his parents, who emigrated to the United Kingdom in the 70s with their artwork. Giles Peppiatt, the director of Bonhams’ South African art department, said that they loved the painting and they knew it had some value, but they had no idea it was such an important work.

The painting holds huge political significance  as it’s previous owner donated  it to  a charity auction to help finance Nelson Mandela’s legal defense in the late 1950s. Mandela, along with other African National Congress activists at the time, were on trial for treason and faced the death penalty.