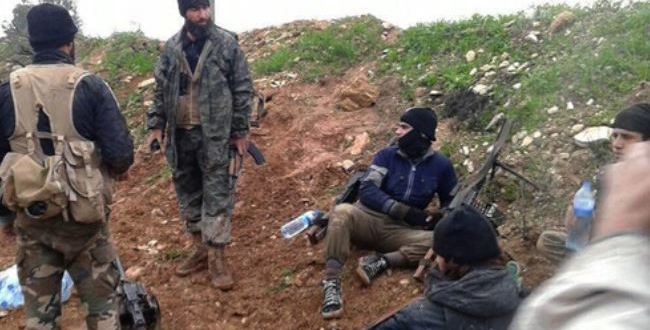 Since May, over 22 people have left Switzerland to fight abroad as foreign militants, including eight in the past two weeks, Switzerland’s Federal Intelligence Service (FIS), said on Monday. According to the agency, 61 Swiss nationals have left to fight overseas since 2001, including 37 who left to Iraq and Syria, and 25 to Somalia, Yemen, Pakistan and Afghanistan.

The agency added that eight have since died, without giving any details on how, when are where they were killed.
Additionally, three fighters have returned since November, bringing the total number of returnees since 2001 to 19, a number far below the hundreds who have left EU member states like Britain and France to fight for extremist group Islamic State (IS) in Syria and Iraq.

“The increase in the numbers compared to November certainly indicates a growing phenomenon”, the agency said.
It also said that the rise in the number may be due to the increased effort put in to identify would-be foreign fighters.

While “every case is different”, the agency added, “Declarations posted on the Internet by people who seem to live in Switzerland and inciting violence and jihad pose an increasingly alarming problem”.

Earlier in the month, a 30-year-old Swiss converted Muslim was sentenced to community service for 600 hours after he returned from Syria, fighting for the IS – he arrived at Syria a year ago, but was asked to leave a militant training camp after two weeks; according to public broadcaster RTS, he was then detained by the group for 54 days before he was set free.

EU nations in the past few months have stepped up their efforts to identify and penalize citizens who have travelled to fight in the Middle East. The UK has recently stepped up plans to cancel passports of IS fighters returning to Britain.