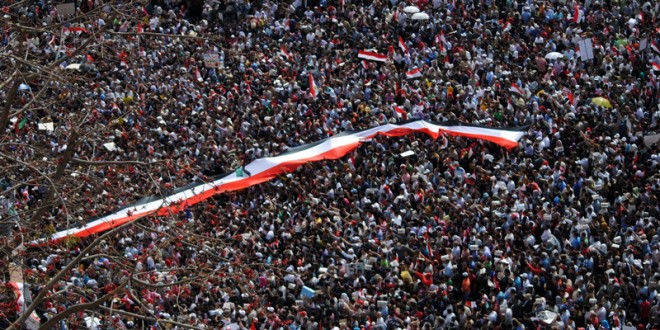 Stay Off the Street

In a recent Slate article, Anne Applebaum makes the case that Egypt’s presumptive president-to-be ‘Abd al-Fattah al-Sisi should look to India, Brazil or South Africa, rather than the United States or other industrialized states, for examples of how to “do” democracy. She rightly notes that Sisi’s argument that Egypt isn’t ready for democracy is an old standby for authoritarian regimes. Based on research published by a London-based think tank (for which she serves as executive editor for a project called Transitions Forum), Applebaum argues that “in countries with high levels of poverty and inequality, democracy can help balance the demands of wildly divergent ethnic, religious and political groups.” She sees Egypt as just such a case.

In a passing reference, Applebaum notes that one feature of democracies is that they “allow public protests.” What a strange comment, and yet I didn’t detect even a note of irony. Why strange? Because, for months, the Brazilian government has been doing anything but allowing protests. As it gears up for the World Cup in a few weeks (and for the Olympics in 2016), the Brazilian government sees the widespread protests in the country as threatening and destabilizing, rather than as legitimate expressions of the aspirations of the nation’s people.

Crushing protests isn’t exactly an idea that Sisi has yet to get behind — he’s already doing it. Apparently, it’s OK to crack heads in a democracy like Brazil…. Is that why Applebaum wants Sisi to look to Brazil as a model?