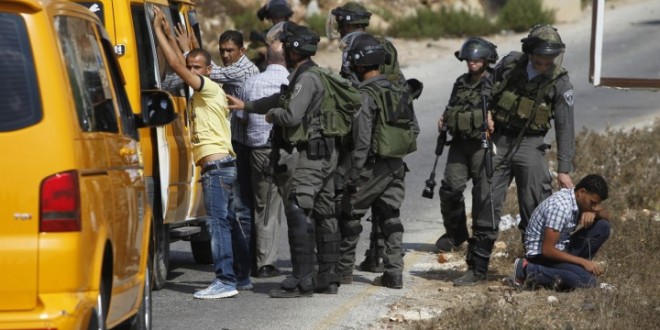 The following are some interesting figures from September:

It will cost  $7.8  billion to reconstruct Gaza, according to a study by the Palestinian Authority.

43 members of the elite intelligence-gathering Unit 8200 of the Israel Defense Forces (IDF) sent a letter to Prime Minister Binyamin Netanyahu stating their refusal to serve in reserve duty in Palestine. The refuseniks decried many tactics of the unit, including its use of sexual extortion to recruit Palestinian informants. “We tried to crash the Palestinian society into pieces,” one of the reservists told an Israeli news site.

60 percent of Israelis oppose increased defense spending at the cost of education, welfare and health, according to a poll conducted by the Israeli daily Calcalist.

7,500 new Jewish settlers have moved into the West Bank in the last six months, according to the Yesha Council of Settlements.

3 members of the U.S. House of Representatives— Keith Ellison (D-MN), Barbara Lee (D-CA) and Danny Davis (D-IL)— called for the lifting of the blockade against Gaza.

60 percent of Americans believe the U.S. provides too much aid to Israel, according to a poll conducted by the Institute for Research: Middle Eastern Policy.

By an 8-1  vote, the University of Illinois board of trustees decided not to hire Professor Steven Salaita. In August, Salaita’s job offer was pulled after some took objection to “controversial” social media statements he made in support of Palestine.

Around 500 migrants— mostly Palestinians, Egyptians and Sudanese— en route to Europe were killed when human traffickers deliberately rammed their boat after an argument broke out. Nine people survived the incident.

Congress voted to send $500 million to train and arm “moderate” Syrian rebels after receiving the request from President Obama.

15 members of the Muslim Brotherhood, including its Supreme Guide Mohamed Badie, were sentenced to life in prison by an Egyptian court for the role they allegedly played in clashes that took place in Giza last year following the ouster of Mohamed Morsi as president.

30-year-old American Sharif Mobley, who has been in prison in Yemen since January 2010, called his wife and told her he has been denied access to his lawyers and is being tortured. Mobley’s case sparked protests at the Yemeni Embassy in Washington, DC.