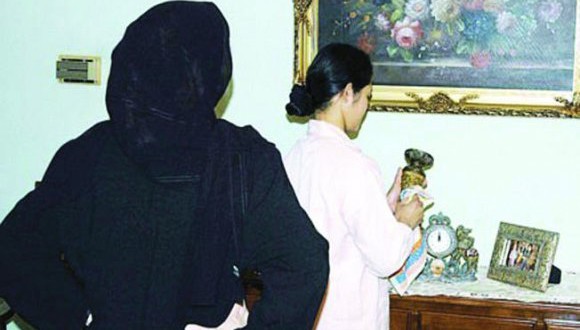 A Saudi businesswoman faces charges of causing Death of her domestic helper’s will goes on trial few weeks later.

The domestic helper whose nationality was not mentioned was reportedly beaten up and deprived of food for a long time and eventually moved to  hospital where she was admitted for one week and then  her condition deteriorated and died.

Currently, the businesswoman is held in Briman prison in  Jeddah . During questioning ,the woman denied torturing her maid and insisted that the wounds found on the helper’s body caused by falling from the second floor after she tried to escape from the house. She attributed the helper’s massive loss of weight to her new lifestyle, By claiming that the helper told her that she used to take drugs before moving to Saudi Arabia.

People commenting on social media expressed astonishment that a businesswoman would be involved in torturing a domestic helper, saying that wealthy people should be more prone to giving and assisting others rather than depriving them of food or abusing them.