Peter Oborne opens a media can of worms

The revelations last week by the Daily Telegraph’s former chief political commentator Peter Oborne that his newspaper spiked stories that upset advertisers to avoid losing lucrative ad revenue have apparently taken most journalists by surprise. It has been especially embarrassing for the Telegraph, because one of the advertisers it apparently placated was the HSBC bank, currently at the centre of a storm of disclosures that its Swiss operation systematically helped clients worldwide with tax evasion. Other Telegraph journalists have backed Oborne, saying the paper avoided stories that risked antagonising a range of advertisers and even foreign governments.

The real significance of these disclosures, however, has been largely overlooked, at least by journalists. The problem of advertisers influencing editorial decisions is most certainly not restricted to the Telegraph, and it is not, as some have suggested, a relatively recent problem surfacing now only because newspapers are haemorrhaging money. Interference by advertisers has always occurred – think back to the earliest newspapers, whose front pages were adorned exclusively with adverts. Rather, dependency on advertising is inherent in the very model of a so-called “free press” owned by profit-hungry media conglomerates.

The row about the Telegraph and its prized HSBC advertising account provides a useful moment to revisit and re-evaluate one of the most influential recent critiques of journalism. “Flat Earth News”, written in 2008 by Guardian correspondent Nick Davies, was garlanded with praise from colleagues on both the right and left. Among the many glowing reviews is one from Oborne himself, who says the book “troubled me profoundly”.

There is indeed plenty of disturbing material in Davies’ book, not least a chapter – rarely discussed – in which he notes the success of the security services, especially the CIA, in heavily penetrating media operations around the globe, including in the western “free press”.

However, the basis of Flat Earth News’ popularity among journalists is to be found elsewhere. It represented a huge, collective moan from media personnel everywhere. Davies faulted the modern media for what he termed “churnalism” – poor-quality reporting that had become the norm in media corporations that treated journalists no differently from workers on a production line building cars or making washing machines. Davies, like most other journalists, would prefer to return to a time of heavily-staffed news outlets paying good salaries to journalists with enough time on their hands to consider checking a story for themselves rather than regurgitating another press release.

I critiqued the book at length when it was published. But over time it has become clearer, I think, that Davies’ goal – consciously or not – was to discredit an even more serious work of media criticism, Ed Herman and Noam Chomsky’s Manufacturing Consent, although, perversely, Davies never mentions that book by name. Herman and Chomsky suggest that journalism is structurally bound to fail in its self-declared efforts at truth-telling because the corporations who own the media are invested in perpetuating their own power, not in holding it to account. The implication is that journalists are little more than pawns, selected for their usefulness by media corporations seeking to legitimise an economic and political environment that helps them to prosper.

Naturally, Davies and most other journalists dislike this idea of their role. They don’t want to think of themselves as dupes and useful idiots. Davies is too clever to deny that the media have failed their readers in terms of truth-telling, so he devises a model of media performance that criticises journalism without actually criticising the journalists who do it. In his view, journalists are mostly frustrated seekers of truth, their valiant efforts to hold power to account accidentally stymied by the unfortunate global trend of profit-maximisation. As corporations have taken over the media, they have thoughtlessly applied business models designed to keep costs low. The blameless victims are the journalists and the readers.

Davies’ argument is plausible only if we accept that the fault lies not with structural and ideological pressures imposed by the corporations themselves – that would give the edge to Herman and Chomsky’s thesis – but to lowly bean-counters, the accountants who are interested in pinching only the pennies, not in stealing editorial control.

So how is this relevant to Oborne’s revelations?

First, it is worth noting that even journalists sympathetic to Oborne are describing him as a “maverick”. What they seem to mean is that he is a genuinely free thinker, unpredictable in his opinions and driven to an unusual degree by personal integrity and a commitment to truth-seeking. In short, the kind of journalist who, Davies and most other journalists would have us believe, is to be found crowding our newsrooms. But there is a reason why Oborne appears even to his supporters to be a maverick: successful media “professionals” more usually steer a safe, career-promoting course by absorbing and reflecting the values of the media corporations to which they belong. Mavericks, by definition, are a rarity.

Davies’ model of journalism is founded on a preposterous claim that advertisers and proprietors have no perceptible impact on the media’s editorial line. Davies states: “Journalists with whom I have discussed this agree that if you could quantify it, you could attribute only 5% or 10% of the problem to the total impact of these two forms of interference.” He adds that in 30 years of working in the media he has never come across an instance of an advertiser influencing an editorial position. “Nor can I find any other journalist who has ever known it to happen. And nor, as far as I know, can the critics who promote the idea.”

Within months of the book’s publication, Davies’ thesis about the arms-length proprietor was blown out of the water, paradoxically by his own disclosures of rampant phone-hacking at Rupert Murdoch’s stable of newspapers. The reports showed that Murdoch’s papers had intimidated government ministers and police in an effort to advance his many business interests, including that of his satellite TV empire. Hard to imagine that a man who could terrify governments and the British police force was reticent about arm-twisting his editors.

Now the other pillar of Davies’ thesis, that advertisers have no impact, is shown to be equally ludicrous. According to Oborne and others, the Telegraph has long been its pulling punches to avoid losing advertising revenue. Oborne’s revelations threaten to open a can of worms. Predictably, Guardian columnists like Owen Jones have exploited the row about the Telegraph to crow – yet again – about how the Guardian is “unique”. But its funding model is precisely the same: it relies on corporate advertising just like other newspapers.

Last week the Telegraph hit back, confirming what many had long suspected: that the Guardian has been trimming its editorial sails to avoid offending its favourite advertiser, Apple computers. The Guardian has also been making deals with major corporations for what it calls “sponsored content”. A Guardian insider reportedly told the Telegraph: “If editorial staff knew what was happening here they would be horrified.”

A Guardian editorial highlighted the desperate need of journalists to keep deluding themselves about the role of advertisers. It quoted approvingly British historian Francis Williams making a truly Orwellian observation in the late 1950s: “Only through the growth of advertising did the press achieve independence.”

Neither side has much interest in perpetuating these tit-for-tat exchanges. Were the media to carry on exposing their embeddedness with corporations (after all  they are corporations themselves), it might become a little too clear that advertisers – subsidising as much as 70 per cent of a newspaper’s production costs – are not quite the philanthropists of Davies’ imaginings. My guess is the Guardian and Telegraph will drop this exercise as quickly as possible and “move on”.

But just because we are encouraged to avert our gaze from the dependency of the media on advertising does not mean that interference by advertisers will cease. The relationship was poisoning the integrity of our media and journalists long before the Oborne revelations and it will continue doing so long after – or until we come up with a completely different model of media funding. 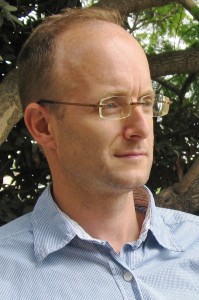