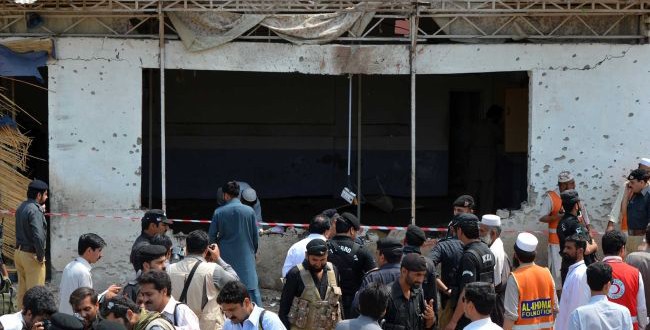 On Wednesday, Pakistani jets crushed Taliban targets in North Waziristan district near the Afghani border, leaving at least 60 people dead in the attacks. According to officials, the targets in the district, a stronghold of al-Qaeda and Taliban militants, were taken down in the early hours of Wednesday. A few insurgent commanders were also killed in the strikes.

The military’s media wing released a statement saying, “As per reports so far, 60 hardcore terrorists including some of the important commanders and foreigners were also killed in the strikes and around 30 were injured”. It did not, however, mention who the commanders were.

There have been several insurgent attacks on security personnel in the past few weeks in Pakistan. The military’s go-to response seems to be to launch air strikes on insurgent bases in tribal parts of the country. The strikes are a fresh blow to the on-and-off peace talks between the Tehreek-e-Taliban Pakistan (TTP) and the government. Very little progress between the two parties has been made since the talks began in February.

The military added that Wednesday’s strikes were connected to a recent bomb scare and suicide attacks in the country. It also said a “huge cache” of weapons and ammunition was destroyed in the strikes. According to local sources, ground troops and helicopter gunships were firing on all targets near the town Mir Ali. Several civilians were reported to have been wounded in the strikes. The towns of Ghulam Ali and Datta Khel were also reported targets of the strikes.

North Waziristan is one of seven semi-autonomous tribal regions bordering Afghanistan. It has for long been called the most dangerous place in the world by the United States. The Pakistani government had begun peace negotiations with the Tehreek-e-Taliban Pakistan (TTP) in February, and a ceasefire was in place by March 1st. However, the talks broke down a month later, ending the ceasefire in the process.